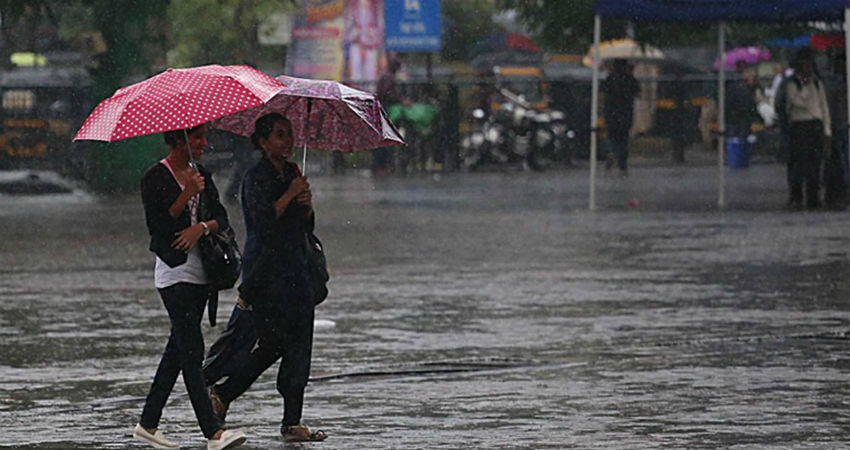 Frequent Western Disturbances in the previous week resulted in excess snowfall in the Northern Hills. Madhya Pradesh and Chhattisgarh observed rainfall and thundershower activity. Rail and road traffic were disrupted across Delhi NCR on January 20th and 21st. South and Central India witnessed generally dry weather conditions. As accurately predicted by Skymet, the weather did not play spoil sport on Republic Day.

The week will commence with an active Western Disturbance which will lead to weather activity in North India. The Northern Hills, especially Himachal Pradesh and Uttarakhand will experience snowfall on January 27th, 28th and 29th. Having induced cyclonic circulation, the Western Disturbance will cause rain and thundershower activity in the plains of Haryana, Punjab, North Rajasthan, West Uttar Pradesh, and Delhi NCR. Hailstorm is likely to be experienced at a few places. A drop in the day temperature and a rise in the minimum temperature are likely to be recorded. Rain and thundershower activity, accompanied by hailstorms is likely to be experienced over Delhi NCR on January 27th, 28th, and 29th, with the activity expected to peak on the 28th.

Scattered rains and thundershowers will be experienced over East Uttar Pradesh, Bihar, Jharkhand, and West Bengal on January 28th, 29th and 30th. The activity will then shift towards the Northeast and cover the entire region on the January  30th and 31st. The rain will then be confined to Arunachal Pradesh and upper Assam on February 1st and 2nd.

Parts of Saurashtra and Kutch will record light rains on January 27th, which will then extend to parts of South Gujarat on 28th and affect places like Ahmedabad, Gandhinagar, and Vadodara. While Chhattisgarh and Odisha will experience some unseasonal activity on January 28th and 29th, Vidarbha and Madhya Pradesh will observe the same on 1st and 2nd. Light rains will be recorded over Mumbai, Pune, and Nasik on January 28th. Minimum temperature in Mumbai could drop to 15o Celsius.

NO SIGNIFICANT ACTIVITY IN PENINSULAR INDIA

Peninsular India will not experience any significant weather activity this week. Parts of Telangana and coastal Andhra Pradesh will record scattered and light rains on January 28th and 29th. There will be a rise in temperature along the West Coast. Chennai will experience generally dry weather conditions.

Till date, January has already recorded double of its average rainfall activity. The wet spell expected over North India from January 27th to 29th, and the unseasonal weather activity over the Eastern parts of the country will possibly make this the wettest January since 2005.