India vs England upcoming test at the Motera 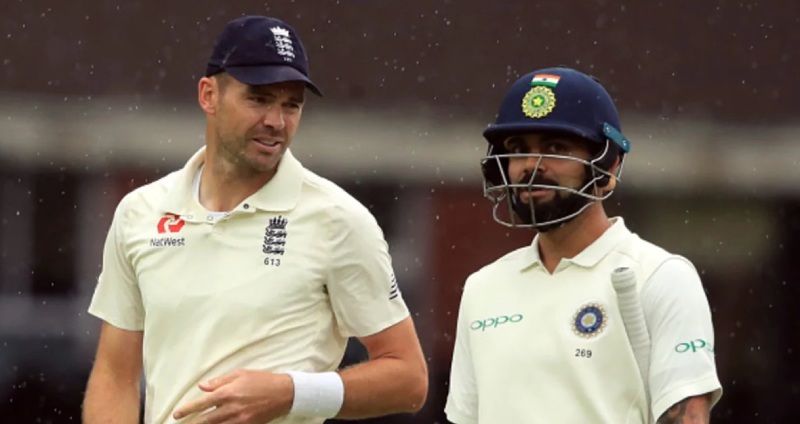 India is set to play the third test of the four-game series in England’s tour of India on the 24th of February in the largest cricket stadium in the world and the second-largest stadium including all other sports with a capacity of 110,000 people.

How good is that view for a nets session 😍😍#INDvENG #TeamIndia @Paytm pic.twitter.com/v0sfOMfzHp

Using their official handle the BCCI tweeted “How good is that view for a nets session #INDvENG #TeamIndia”.

With their self-confidence and team spirit high after a fantastic win in Chennai, Virat Kohli and his men are ready to take on England in the pink ball test. Supporting the pacers and their swing more than the spinners such as the likes of Ravichandran Ashwin and Jack Leach, the pink ball is exiting cricket enthusiast all over the world are excited to see what world-class pacers such as Jimmy Anderson and Jasprit Bumrah can do on a new pitch.

What is a pink cricket ball?

The pink ball for cricket was created during the 2000’s so test and first-class games can be played at night too. The traditional red ball for test cricket cannot be used at night because it cannot be seen and camouflages with the pitch with the floodlights on. And the white ball could not be used because it wears away quickly and thus is not suited for test matches.

Even though it is better to see the white ball and has more dye than the red ball it is the best of both worlds making it perfect for day-night test games such as the 3rd India vs England test.

In further news, Ishant Sharma is going to be only the second-ever Indian bowler to play 100 test games for the men in blue. The 32-year-old winner of the Arjuna Award has been playing as early as May 2007 making his debut against Bangladesh and since beaten his injuries to claim 300 test wickets too.

You can bet on cricket and get online cricket betting tips from Pure Casino and get the best odds and bonuses.

The squad to play the test match as announced by BCCI and ECB respectively are:

Where can you watch India vs England 3rd test?

The Ind vs Eng test sponsored by my Paytm can be seen on Disney owned streaming service Hotstar and on Star Sports Network on your TV service provider.

Where can I bet on India vs England?

If you want to do real money betting on cricket the best place to do so is on pure casino, you can read an unbiased pure casino review and learn about all of its pros and cons.