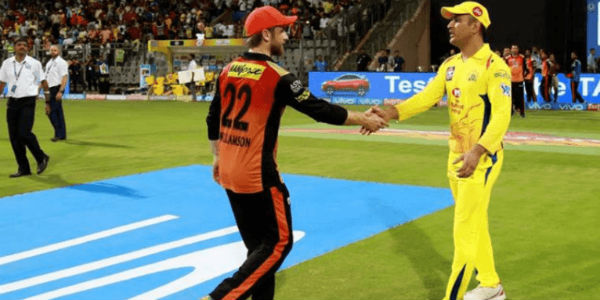 The Indian Premier League is all set to witness another interesting game in the city of Hyderabad today. The game will be played between the Sunrisers Hyderabad and the Chennai Super Kings at the Rajiv Gandhi Stadium at 8 PM.

The weather in Hyderabad during the match is likely to be in favour of the game. Moreover, there are chances of thunderstorm today but by the time the match begins, the weather in Hyderabad will become dry with temperatures settling around 31 to 33 degrees Celsius resulting in warm weather conditions. Winds will be light around 8 to 10 kmph and humidity will be between 30 and 35 percent.

Team wise, Chennai Super Kings is flying way too high for anyone to come close. They are right at the top with 14 points, 7 wins out of 8 games played. On the other hand, the Sunrisers are currently not in a great spot with just three wins out of 7 games played. In fact, it will be important for them to start winning games now if they want to remain in the race.

David Warner is in good form for the SRH but Kane Williamson wasn’t able to perform as well in their last game against the Delhi Capitals. Let us see what both these teams have in store for us.

Talking about last night’s game, Kings XI Punjab had a crackling win against the Rajasthan Royals giving them a boost at the points table.