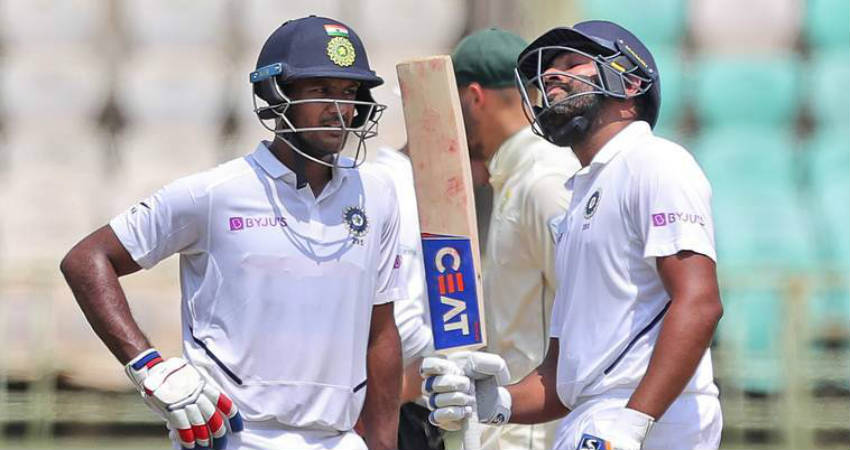 South Africa is on an India tour and the first test match began yesterday at Visakhapatnam. However, all was not sunny at the match since rains and thunderstorms made an appearance, resulting in an early stump day yesterday.

India played really well on Day 1 wherein Rohit Sharma scored an unbeaten 115 runs and Mayank Agarwal not far behind at 84 runs. After around 2:30 PM, rains became extremely heavy forcing the covers to come up and since showers did not take a backseat, game was not played.

Today, which is the Day 2 of the match has not seen any disruption until now, and Rohit Sharma scored 176 runs before he was caught by D Piedt on a ball from Elgar. On the other hand, Mayank Agarwal scored a whopping 215 runs, his maiden two centuries.

Day after tomorrow, which is Day 4 may not see sharp showers but only very light rains causing no disruption to the game.