World Cup 2019: Rain in Manchester may play spoilsport yet again on reserve day of IND vs NZ semis 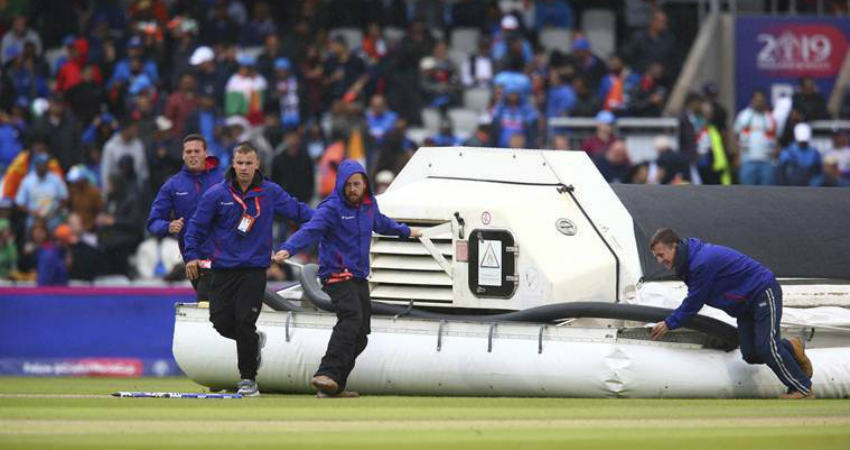 It seems that India and New Zealand are under some kind of spell when it comes to rainfall and no match days.

The two teams were unable to play each other in the group stages as rains did cause a washout without even one ball being bowled.

Yesterday, India and New Zealand went head to head in the first semi-finals of the World Cup 2019 at the Old Trafford Stadium in Manchester where New Zealand were not at their best and scored 211 runs with a loss of 5 wickets in 46.1 overs.

However, the match did not go through and rains were yet again there to not only cause slight interruption, but they also resulted in the match being pushed to reserve day, which is July 10, Wednesday.

Now, the unfortunate part is that once again, there is rain likely to take place in Manchester today. While these showers will not be as heavy as they were yesterday, but some intense spells are likely to be seen during the morning and the evening hours.

New Zealand is yet to play 23 balls from their side and India has to play a full innings. Short spells of intense showers will be seen which will spell trouble only. If and when, New Zealand completes its 50 overs and India begins to play, the DL method may come into play which will then decide which team goes into the finals.

However, in the case of rains causing a complete washout, India will automatically reach the finals due to them being on top of the points table. We will hope that some action is seen today and rain gods take a backseat for a while at least.