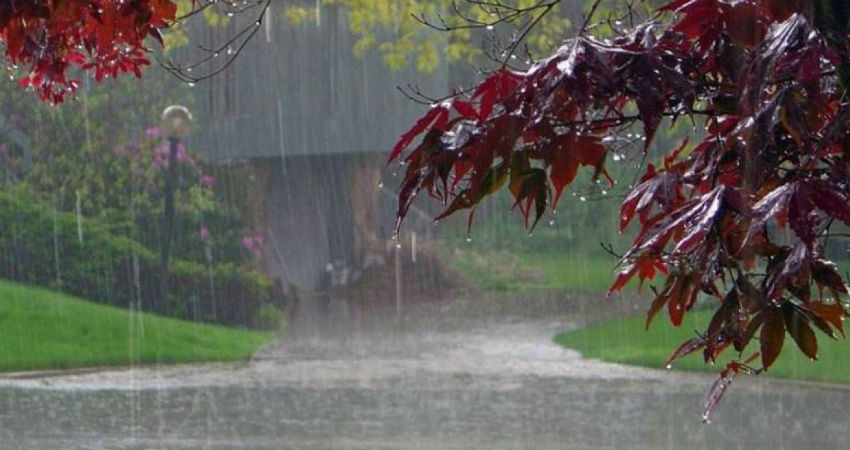 Southwest Monsoon is a marathon run of four months over the Indian subcontinent. It is largely an oceanic phenomenon, difficult to decode as the sea is more mysterious than the land. No two monsoons have been alike in the last century. Each of these leaves enough to ponder and solve the complex issues. Monsoon 2020 also had interesting facts to go down in the history.

1. Monsoon arrived on dot schedule of 01st June over mainland Kerala. The last time it happened in 2013. 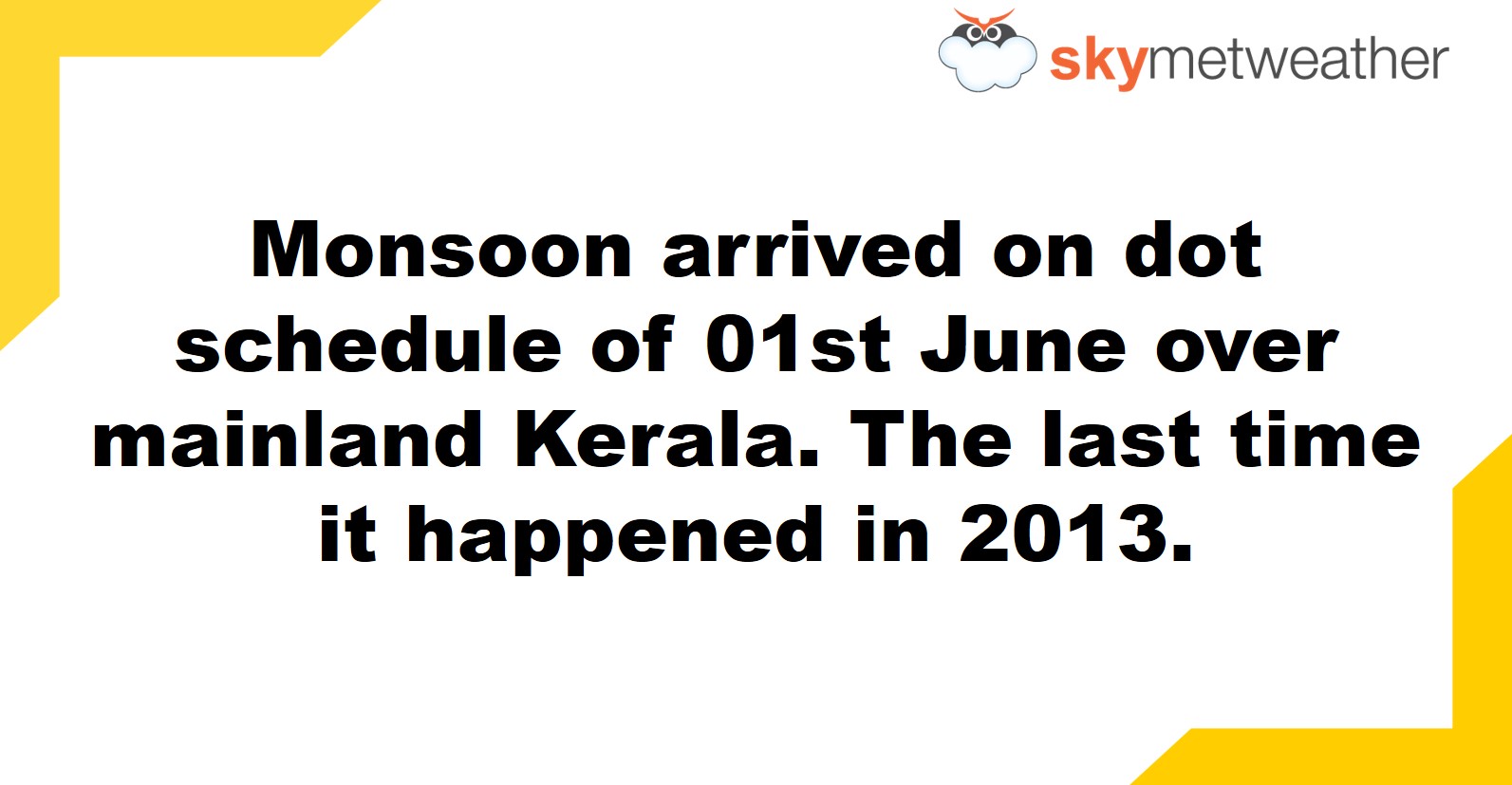 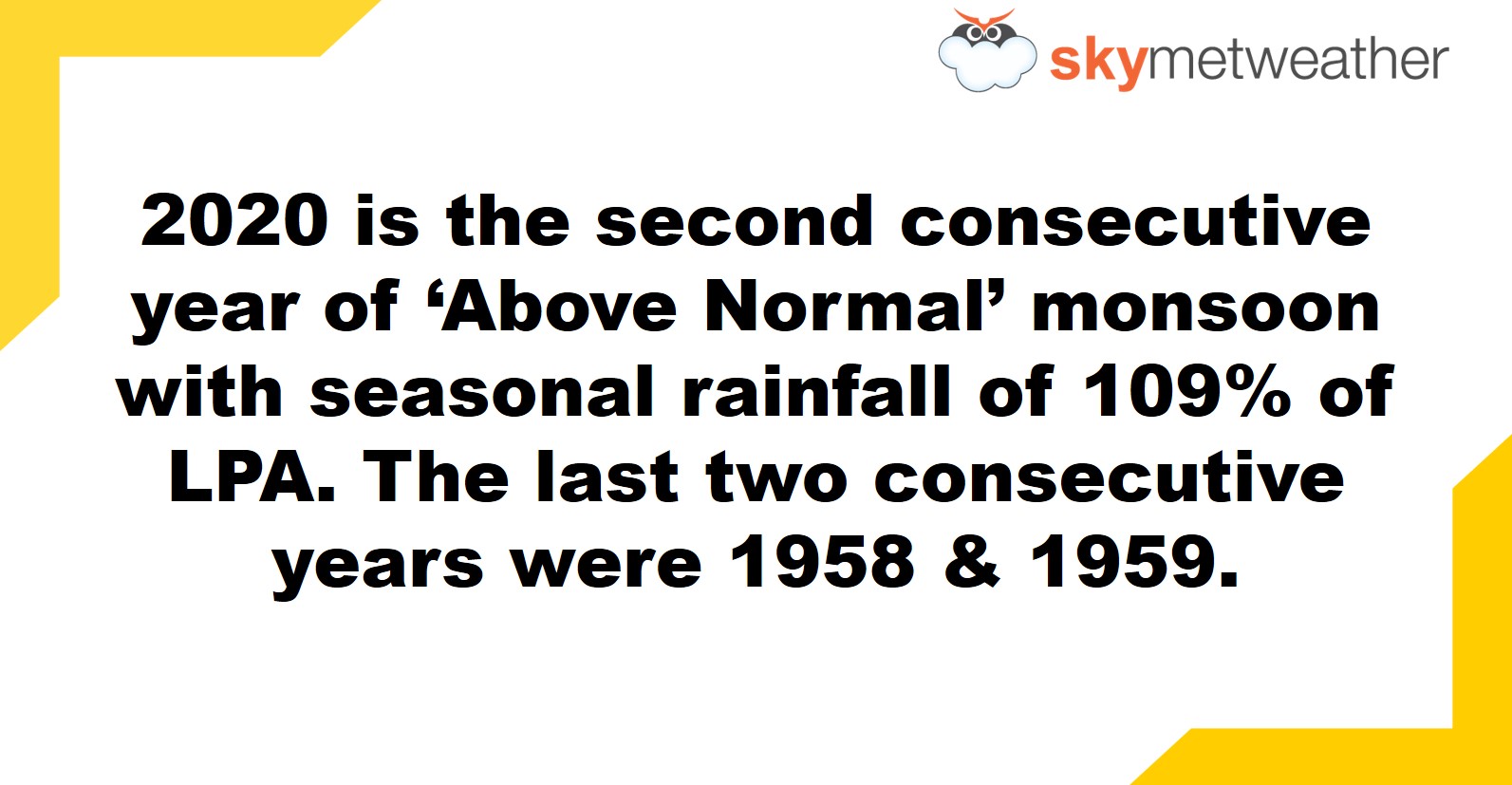 3. Despite a failed July, the core monsoon month, achieved the feat of ending Above Normal. 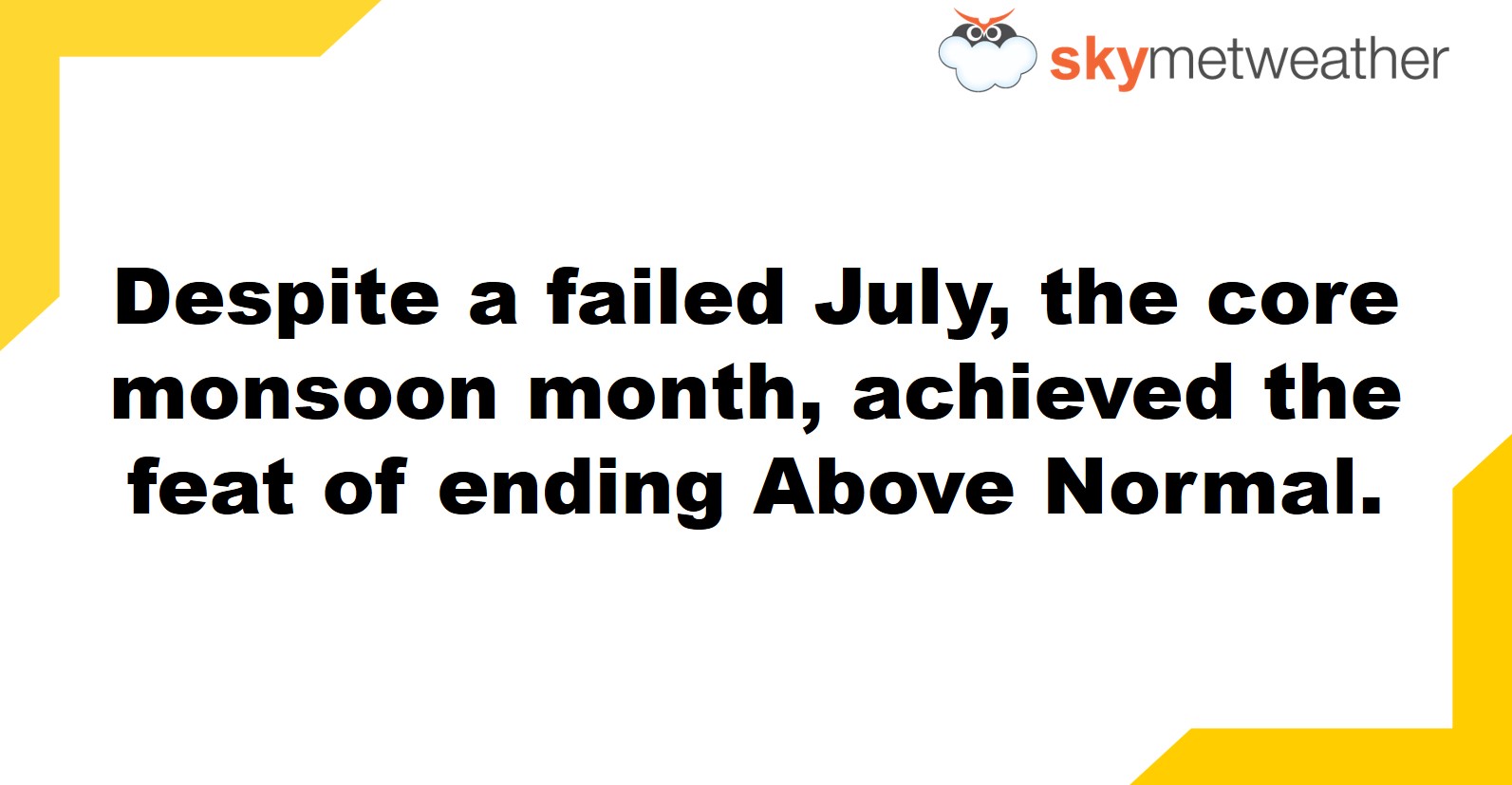 4. August 2020 was the rainiest month in the last four decades recording excess rainfall of 27%. 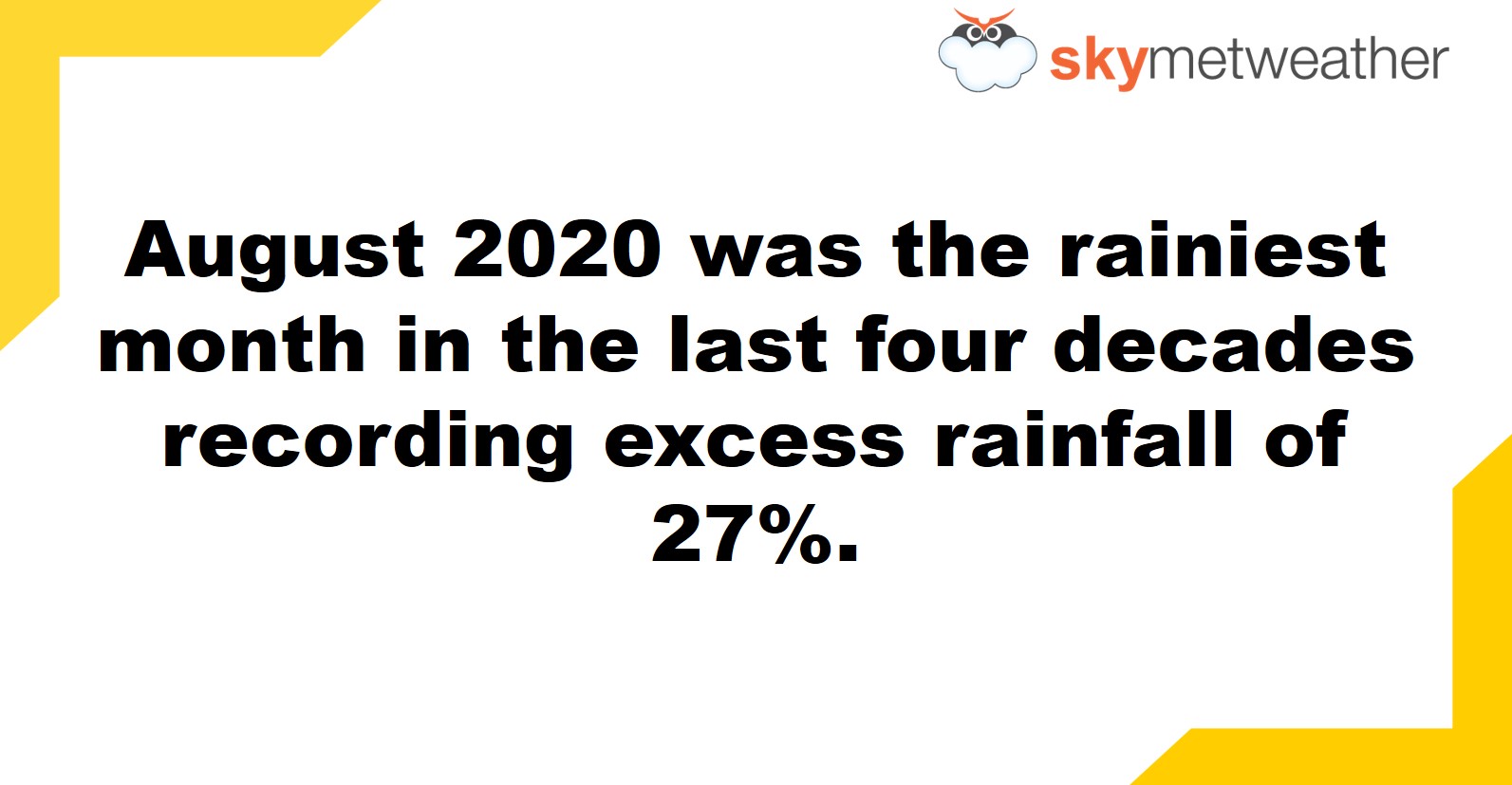 5. Saurashtra & Kutch, a drought-prone region recorded the highest rainfall in the last one decade (excess of 126%). 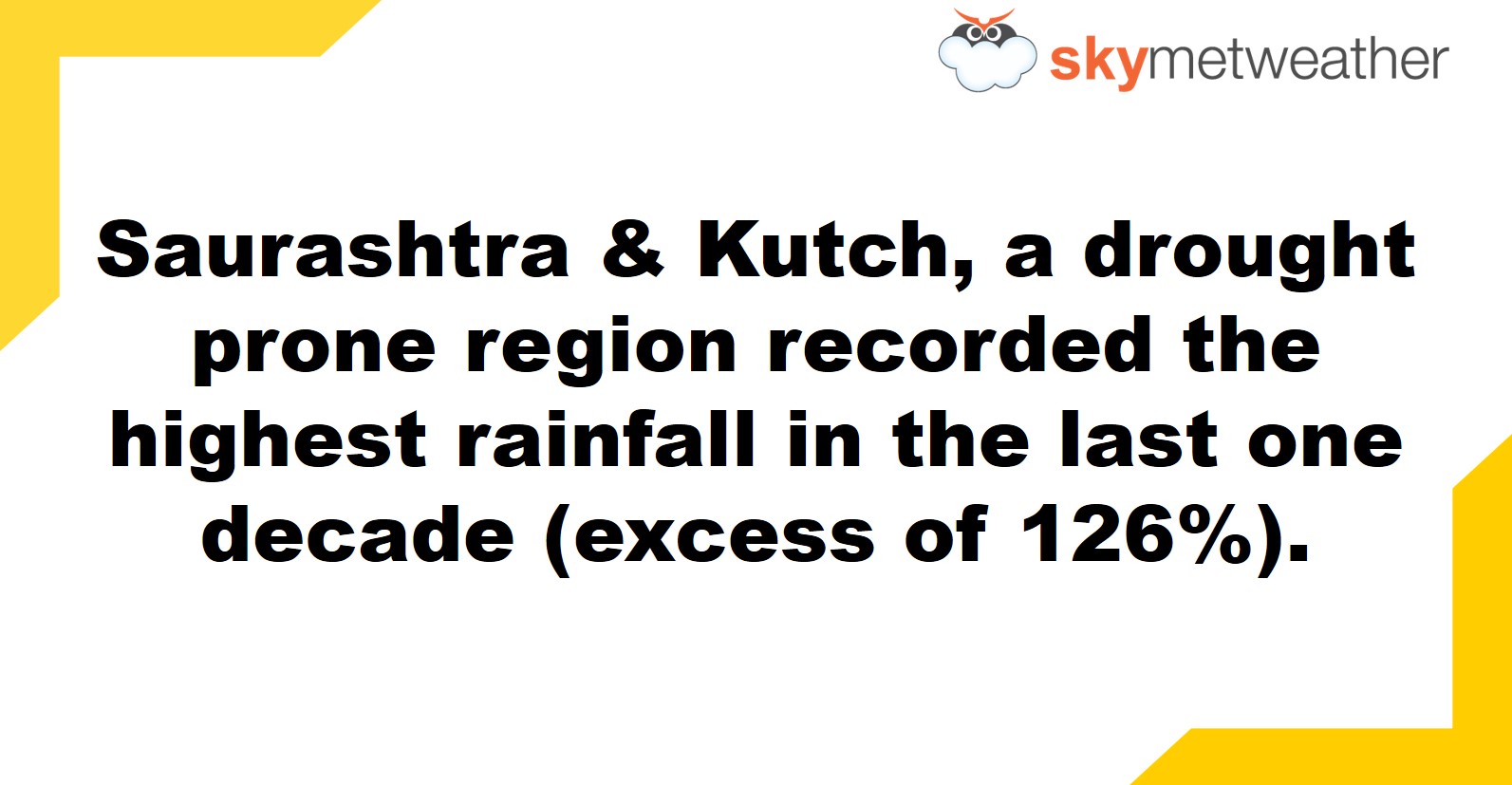 6. West Uttar Pradesh was the most parched subdivision with a deficiency of 37%, the highest in the last 5 years. 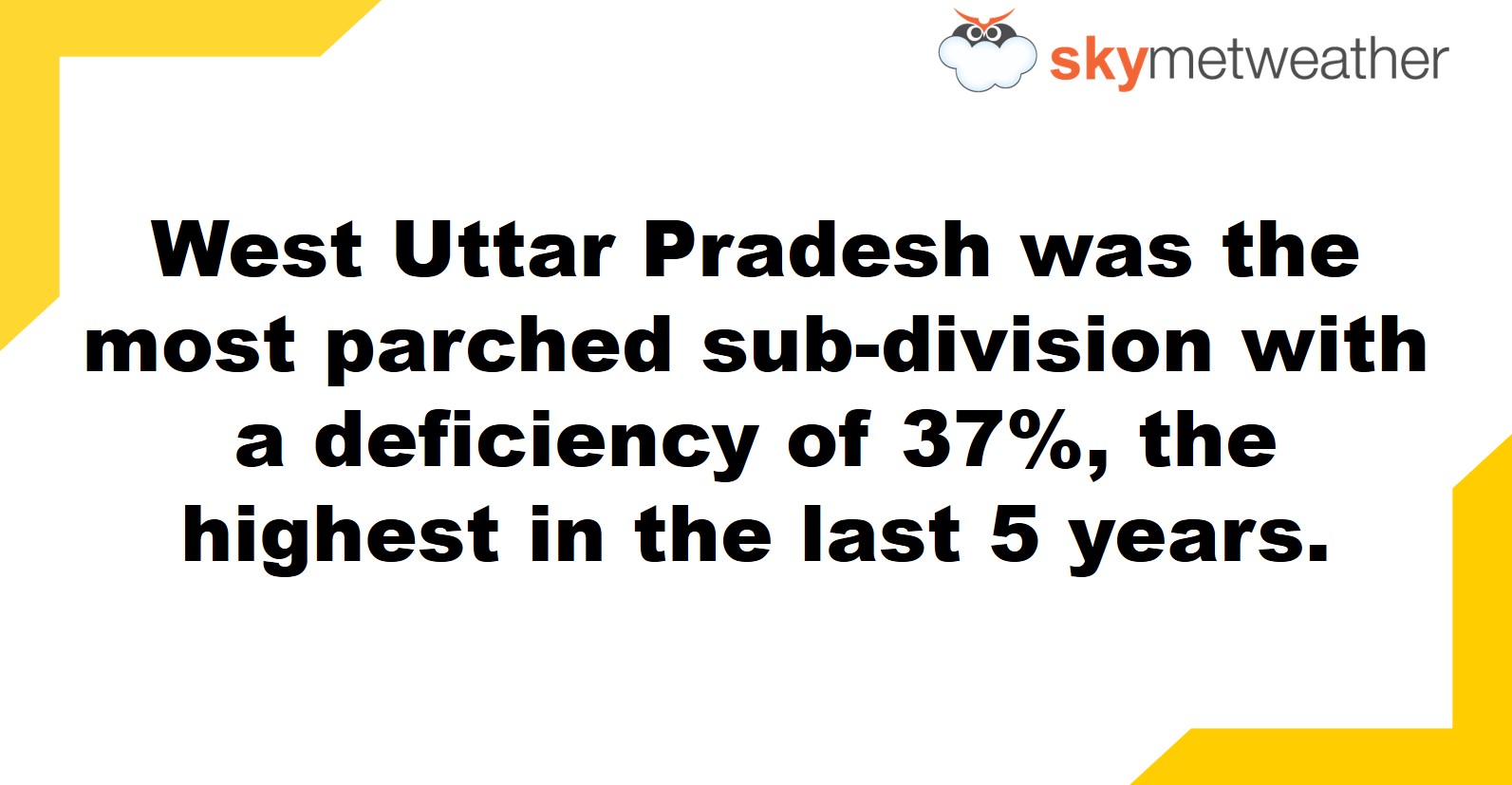 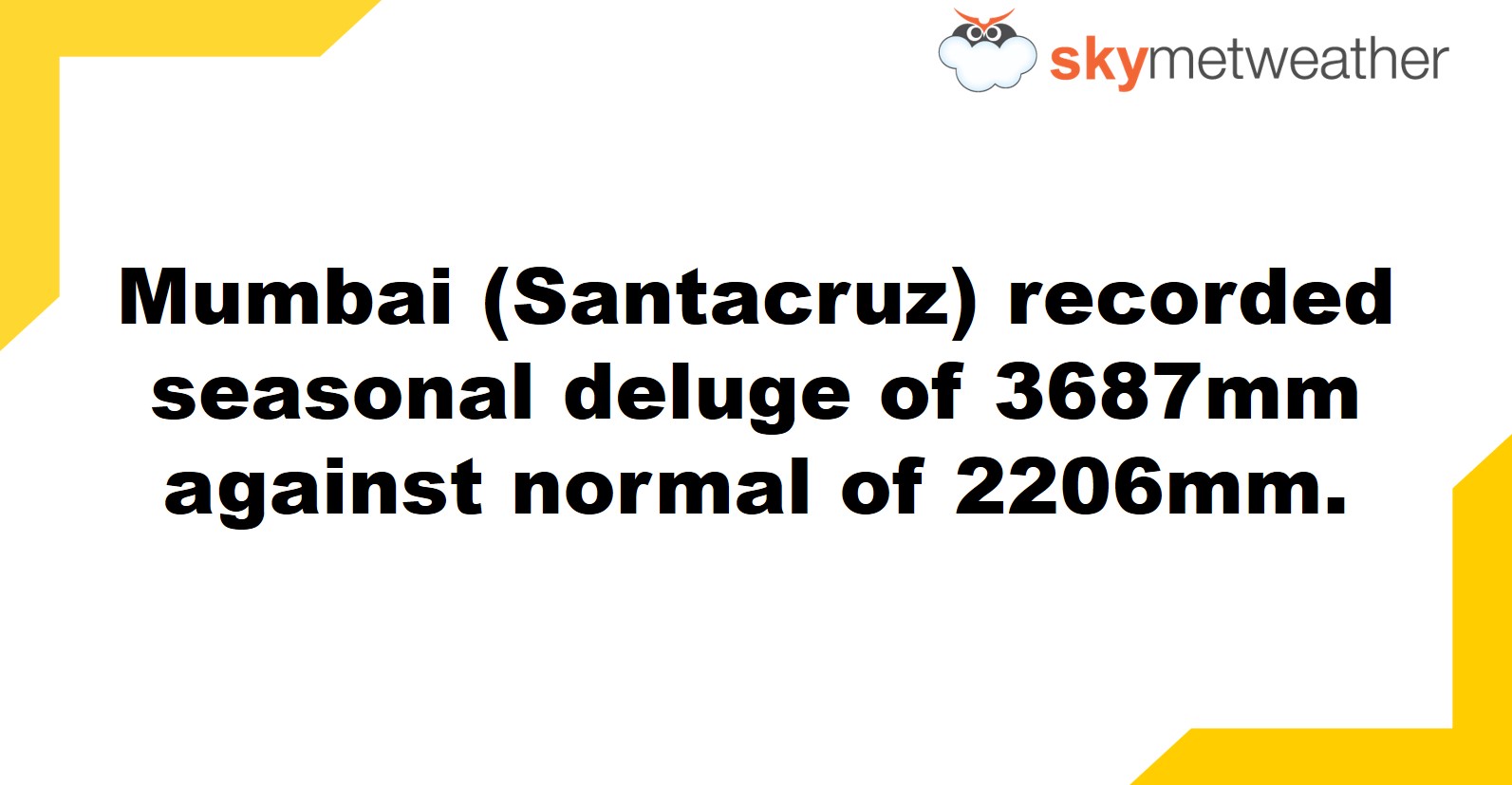 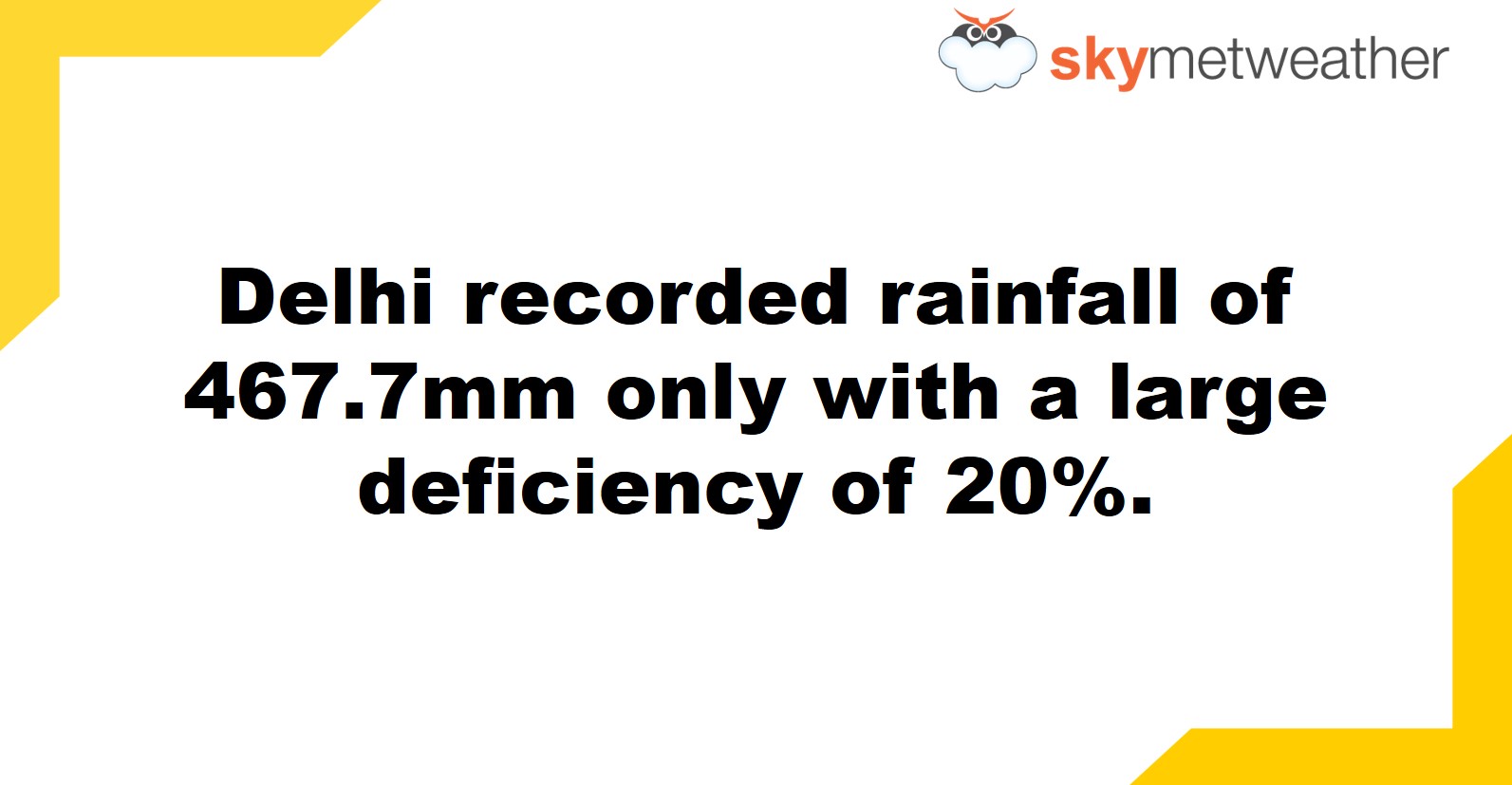 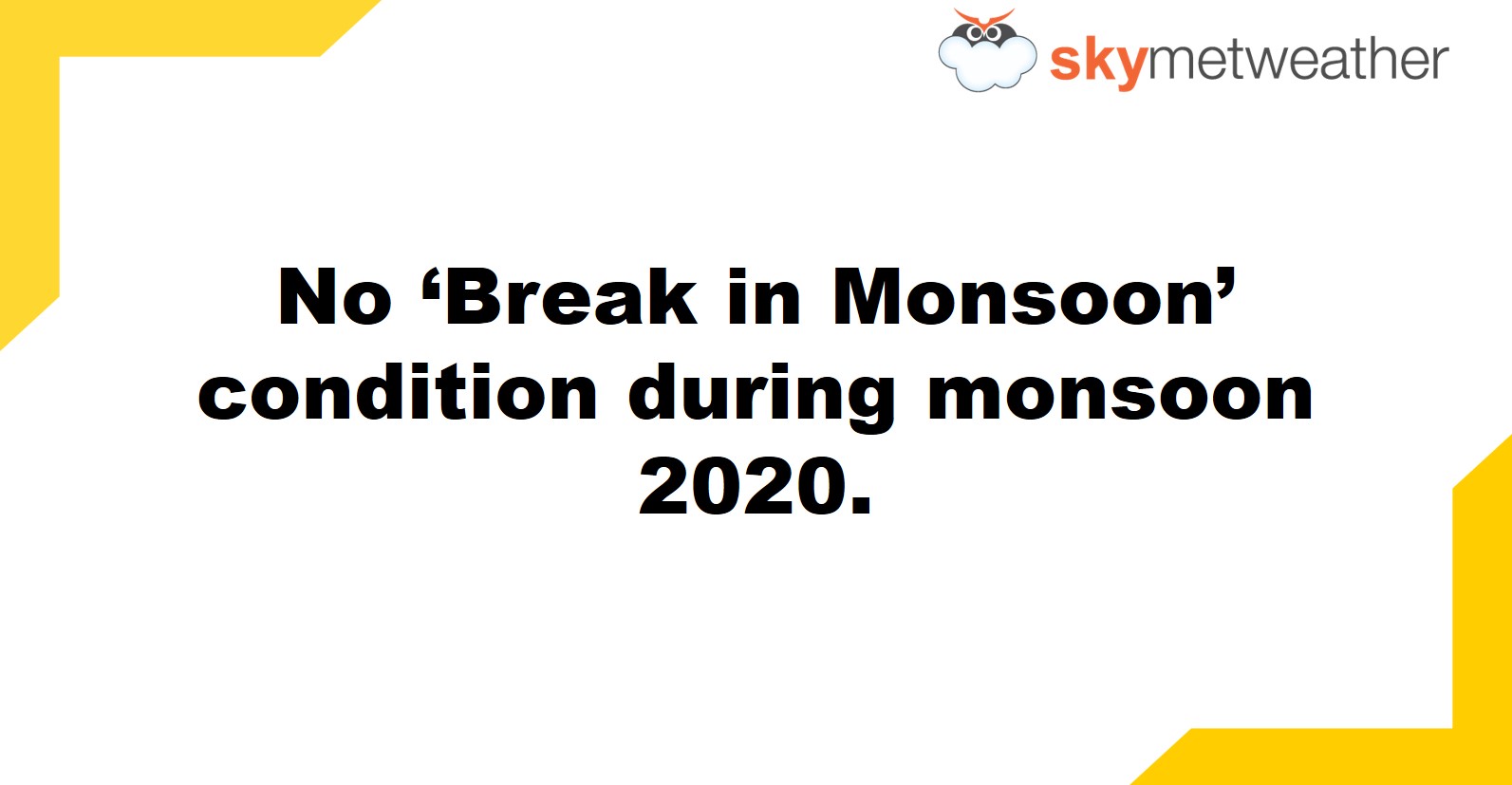 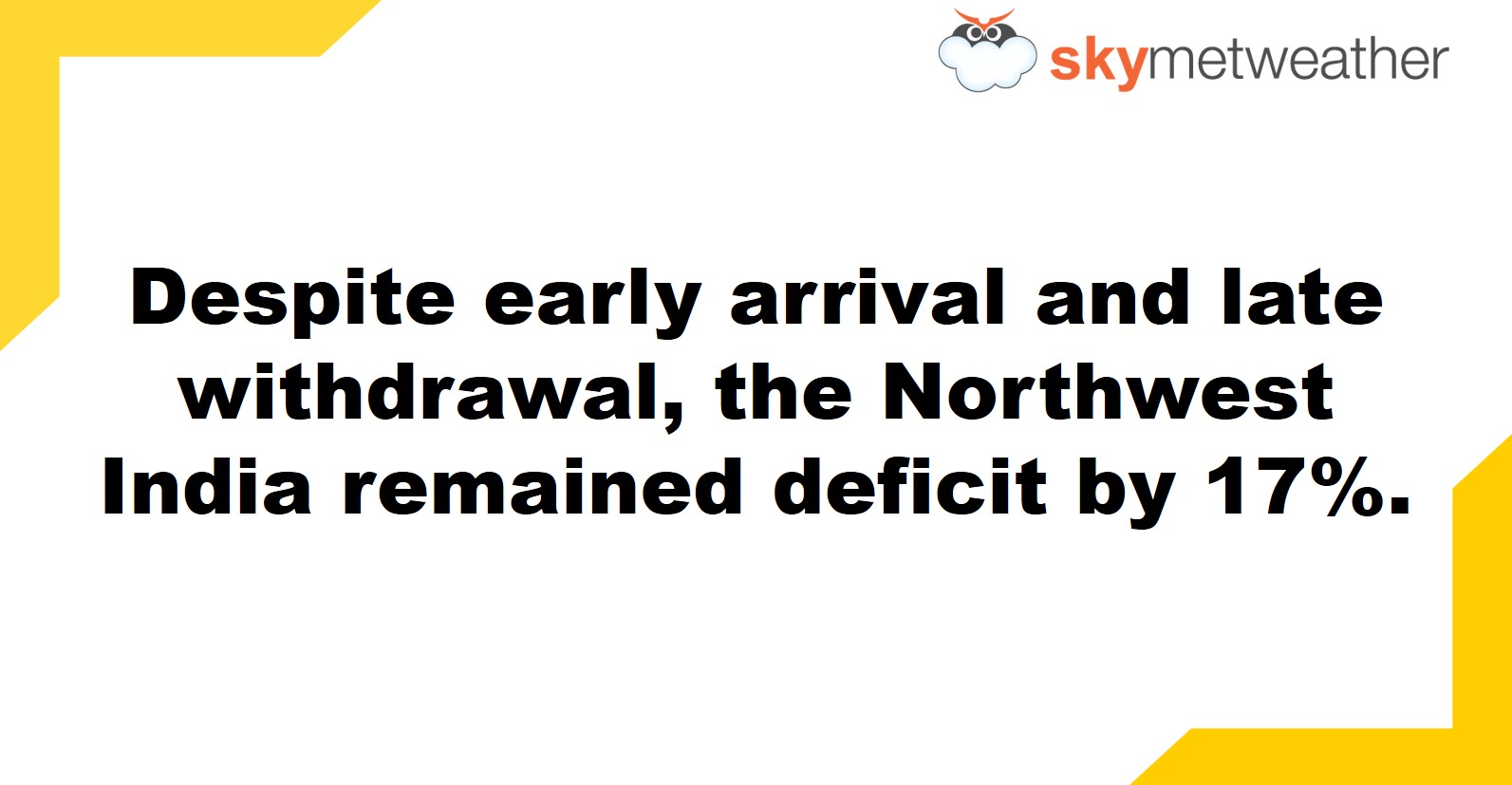