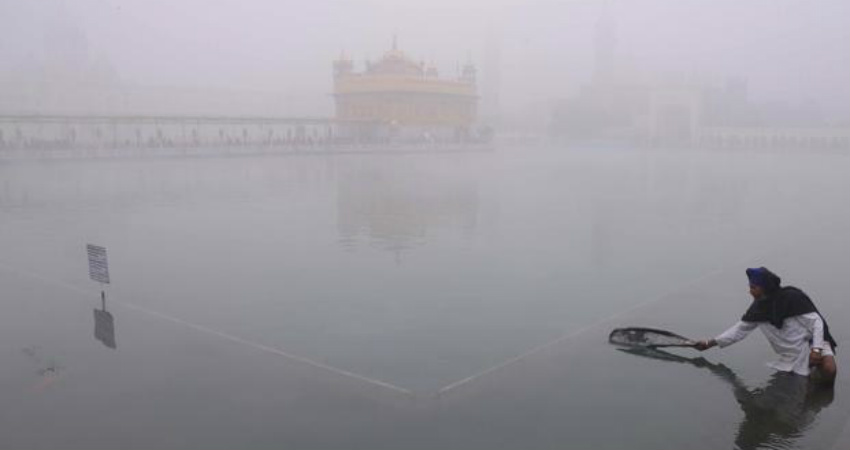 The states of Punjab, Haryana, West Uttar Pradesh, Rajasthan along with the national capital have been seeing chilly winters this time. So much so that day temperatures have been way below the normal levels for the entire second half of December resulting in cold day conditions.

Cities of Delhi, Ambala, Ludhiana, Karnal, Amritsar, Jaipur, Sri Ganganagar, Meerut have seen intense cold weather with the average maximums of December being between 3 to 5 degrees below the normal levels. The average maximums for the month of December which usually settle in the 20s, have gone down in the teens for almost all these cities, except Jaipur. 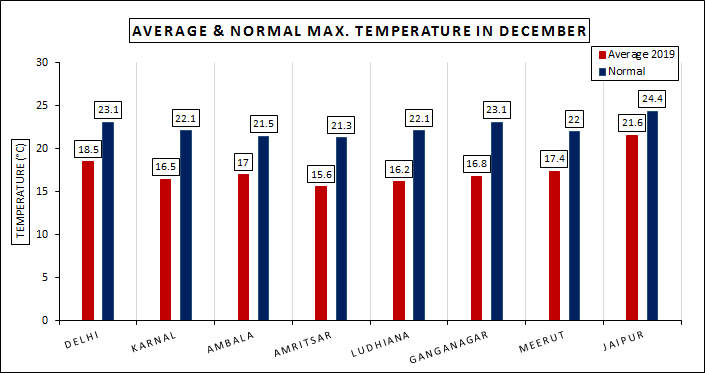 Right from mid-December, there has been a very long cold wave spell, and cold day episode also being one of the longest in most parts. Thick envelope of fog was the main factor, which did not allow the temperatures to rise.

Whenever fog is very dense and does persist for a long time, it is the most notorious culprit and does not allow temperatures to rise. In fact, if fog persists through the day, maximums even go in single digits, which has been the case for Ludhiana, Patiala, Pathankot, and Amritsar which have recorded single digit temperatures for not one but a few days.

This extreme cold spell even extended up to Delhi, West Uttar Pradesh and adjoining parts of Rajasthan. In fact, Delhi saw its coldest day in 118 years, with maximum settling at 9.4 degrees Celsius. Thus, December 2019 has seen biting cold conditions with the month being one of the coldest for many cities in North India in the past few years.