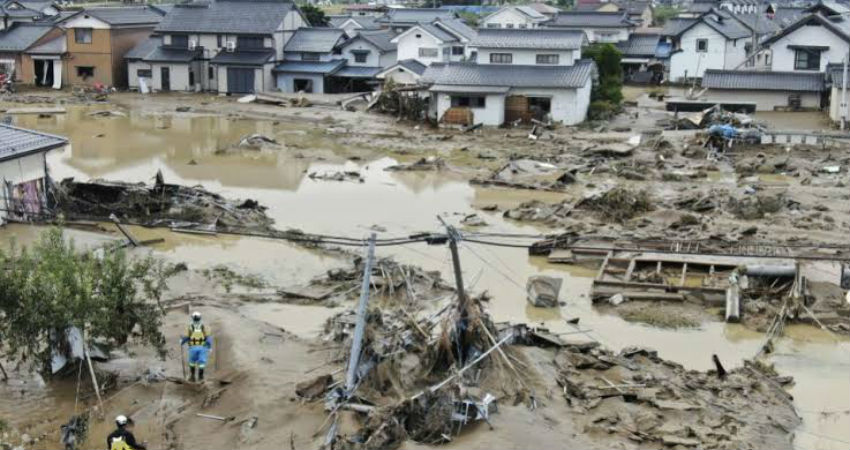 Weather disasters across the globe in the year 2019 have caused an economic loss of a whopping 229 billion-dollar. The number of billion dollar weather disasters this year has been 40, the same as 2018 making it the fourth-highest inflation-adjusted number of billion-dollar weather events on record, as mentioned by Aon. 2011 continues to top the list with 47 billion dollar disasters followed by 2010 and 2013, at 45 each. The annual average has been 28 since 1990.

If both insured and uninsured economic losses from all weather and earthquake disasters will be taken into account, it amounts to $232 billion out of which, $229 billion is weather related. 2019 has also been mentioned as the 8th costliest year ever recorded in terms of weather disasters. 2010–2019 has also been the costliest decade for natural disasters.

Topping the list is Typhoon Hagibis which cost $15 billion, and claimed 99 lives along with flooding in China which killed 300 and cost the same amount. Monsoon floods across India have coast $10 billion killing a whopping 1750 people, which was also the deadliest natural disaster of 2019. Hurricane Dorian has also been an expensive affair with the cost being a whopping $10 billion.

Droughts worth $8 billion were observed across the globe in 2019, which is the highest ever recorded. Damage Eight billion-dollar droughts hit Earth in 2019, the highest number on record. The previous record was seven, set in 2018.

The United States in 2019 observed 14 weather disasters which cost over a billion dollars.

Meanwhile, Argentina set new records after a weather whiplash. In 2018, the nation had been reeling under intense drought worth $3.4 billion. However, in January 2019, the nation saw flooding conditions worth $2.3 billion.