This whole article needs no introduction for a good starter as the list is worth more than the words can describe. Here we leave you to it- 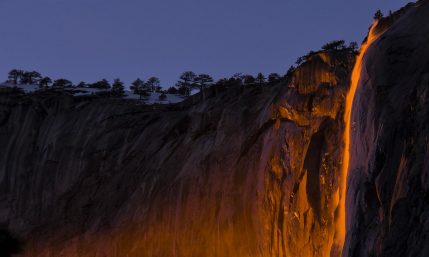 Yosemite National Park’s Horsetail Falls looks like a cascade of glowing lava at the time of sunset in mid-February. The “firefall” phenomenon, attracts thousands of enthusiasts and photographers to the eastern edge of El Capitan each year. 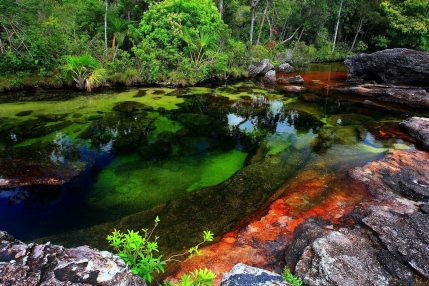 Each summer in Colombia’s Caño Cristales river shows an otherworldly transformation creating a “liquid rainbow” alongside the yellow sand, green algae-covered rocks and blue water. Each day only a few tourists are allowed in order to keep the river pristine. The river runs colored from June through December, though it’s usually at its most brilliant in October. The reason for this colored river is the aquatic plant called Macarenia clavigera which blooms crimson beneath the rushing waters. 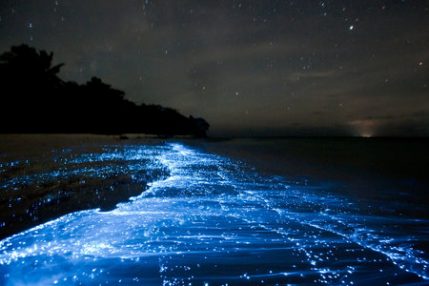 A bit of magic touches the San Diego shores every few years. Millions of phytoplankton turn the waves a glowing blue at night due to a phenomenon called bioluminescence. The phytoplankton, called dinoflagellates, look red in daylight, which is why when they appear in mass it’s called a "red tide."

As a matter of fact, dinoflagellates' nighttime glow is the result of a defence mechanism when they start glowing as an organism tries to eat them, attracting even bigger creatures to come chase the predators away.

4. Tucson’s Queen of the Night

The night blooming cereus looks like a withered cactus for 364 nights until one rare night that the “Queen of the night” makes up its mind and decides to bloom somewhere in June or July. Scientists haven’t yet been able to know the exact reason behind its blooming, but rain and the moon's cycle can be one of the factors. This annual phenomenon can be caught Live at the annual show at Tucson’s Tohono Chul botanical gardens.

A few times a year, exceptionally low tides in South Korea, cause a 1.7-mile path to emerge from the ocean floor between the islands of Jindo and Modo. Some half a million people show up for a locally organized festival to sip the local hongju liquor and watch the iconic Jindo breed of dog perform tricks. 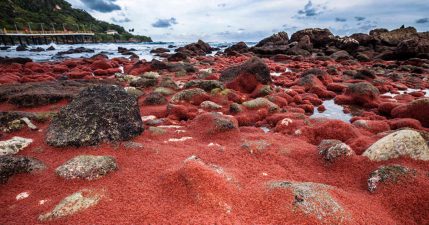 Christmas Island in Australia witnesses a magical event with tens of millions of red crabs emerging from the forests to breed on the beaches, each wet season. The entire island is blanketed in scarlet, the air filled with the scuttling of claws on asphalt. 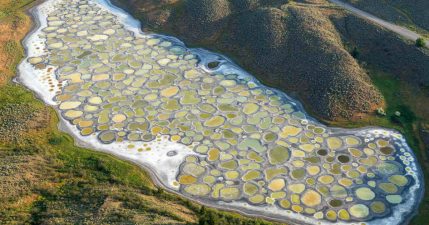 British Columbia’s Okanagan and Similkameen valleys see a curious sight in July, when a lake called ‘Kliluk’ turns polka dotted as a result of seasonal evaporation. The colorful pods range from mustard yellow to milky jade to sapphire to deep navy. 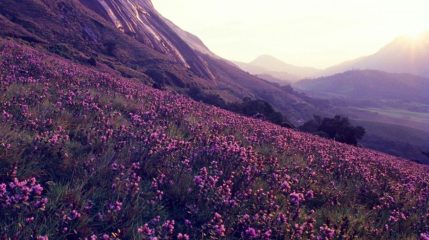 Neelakurinji, is a shrub that is found in the shola forests of the Western Ghats in South India. Nilgiri Hills, which literally means the blue mountains, got their name from the purplish blue flowers of Neelakurinji. Neelakurinji flowering season comes only once in 12 years and paints the town of Munnar blue.

Image Credits – The Statesman, Best Of Where, The New York Times