80 per cent probability of El Nino, a growing concern for Indian Monsoon 2019 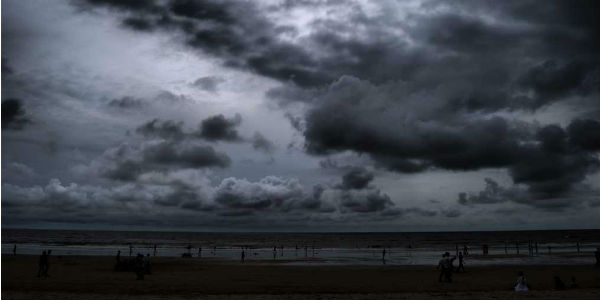 The sea surface temperatures across the Pacific Ocean continued to be above normal for this week as well, cementing the arrival of El Niño. Besides this, the pattern of anomalous convection and winds are also in line of El Niño. Here’s a look at the recent Niño Index (in °C):

El Niño is declared when Oceanic Niño Index (ONI) is higher than or equal to 0.5°C for overlapping 3 months for five consecutive episodes. As reiterated earlier, till now ONI has been higher than threshold for four episodes. In fact, indications are strong that most likely the fifth episode would also be higher than 0.5°C.

With this, probabilities of El Niño have strengthened manifolds. As per the latest model output, El Niño probabilities have now increase considerably to 80% through March and May. We can see a decline thereafter but a gradual one and by June and July, i.e. through core Monsoon months, the probabilities would still remain as high as 60%.

In fact, El Niño would maintain itself throughput the year with probability not falling 50% even by the fall. 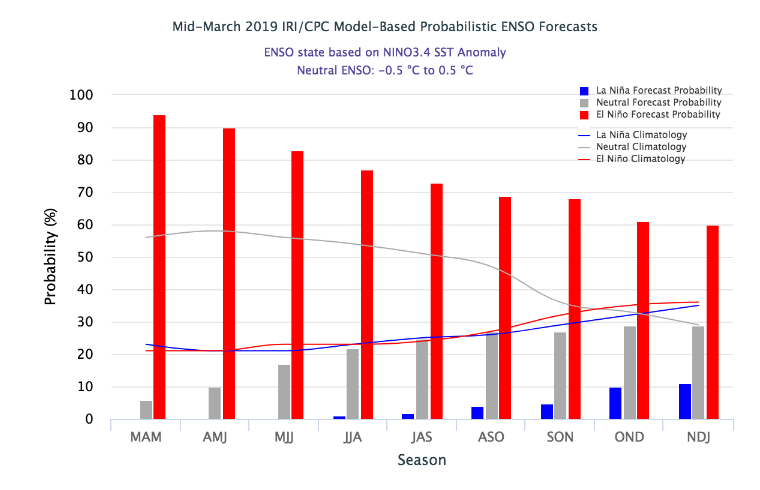 According to weathermen, it was known that El Niño was growing but we expected it to slow down gradually by spring to summer. However, with sub surface temperatures being significantly warmer than average, it is quite indicative that probabilities are not going to drop anytime soon.

Water has got large capacity to retain heat and unlike land, water bodies do not lose its heat. In coming months, heat content will remain high, much above the threshold values during Monsoon months.

Although El Niño does not follow any specific pattern but whenever El Niño is there, more than 80% of seasons are related to below normal out of which 60% are invariably drought.