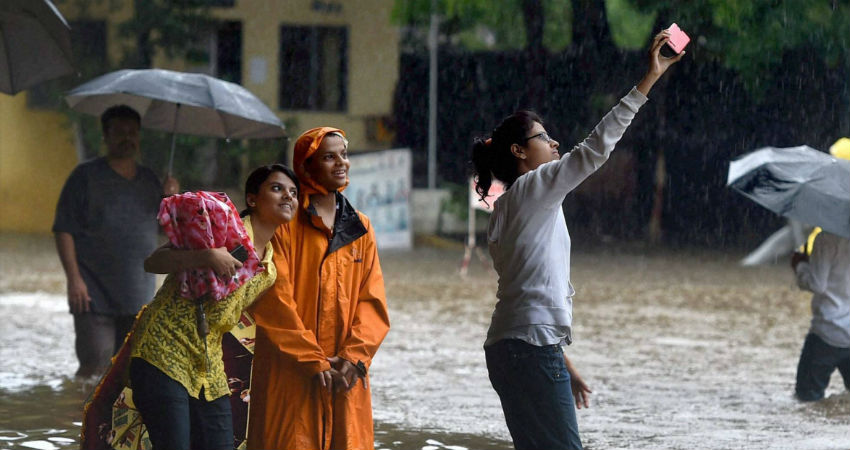 As predicted by Skymet Weather, Monsoon rains have increased over the interior parts of Maharashtra. During the last 24 hours, scattered light to moderate rains have occurred over Vidarbha and in a few parts of Madhya Maharashtra. Meanwhile, fairly widespread rain and thundershowers were observed in the Konkan and Goa region of Maharashtra. The region has become surplus with rains.

According to the data available with Skymet, Mahabaleshwar has recorded 79 mm of rainfall, followed by Harnai 59 mm, Vengurla 41 mm, Matheran 28 mm, Bramhapuri 23 mm and Satara 14 mm of rainfall, in the last 24 hours, from 8:30 am on Thursday.

At present, a Cyclonic Circulation is over South Gujarat and humid winds from the Arabian Sea are continuously feeding moisture. Thus, moderate rains with one or two heavy spells are expected to continue in many parts of Konkan and Goa during the next 24 hours.

Moreover, another Cyclonic Circulation is over South Chhattisgarh in the mid-tropospheric levels. This system will give a few moderate to heavy spells over the Vidarbha region during the next 24 hours. Thereafter, on and off light to moderate rainfall activities would continue in all the three meteorological divisions of Maharashtra.

Meanwhile, the North Konkan and Goa region including Mumbai will continue to get good rains for the next three to four days.

The ongoing rains have helped the region of Konkan and Goa in becoming rain surplus by 4%. These showers have also brought Madhya Maharashtra under the normal rain deficiency category (the region is deficient by only 13%). On the contrary, despite rains, Vidarbha and Marathwada are reeling under high rain deficiency.