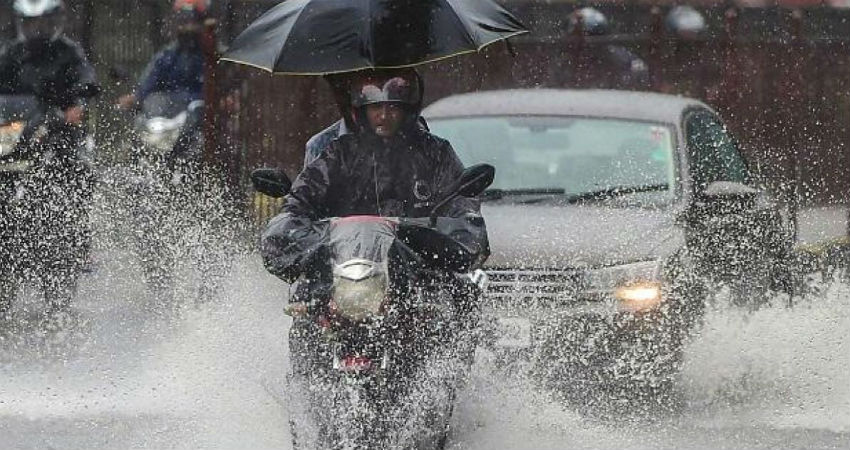 Active Southwest Monsoon has given heavy rain and thundershower activities in many parts of Madhya Pradesh during the last 24 hours. Khajuraho has received a whopping 100 mm rainfall in a span of just 24 hours. Likewise, heavy rains to the tune of 92.8 mm lashed Betul, whereas Gwalior recorded 70.2 mm rain, Jabalpur 47.8 mm rain and Bhopal 29.2 mm rain from 8:30 am on Saturday. As Monsoon continues to remain active, more heavy showers will lash the state, with chances of flooding in some parts.

The state of Madhya Pradesh has been experiencing good amounts of rainfall for the last few days now. The reason can be attributed to the Low-Pressure Area over the northern parts of the state.

The above system has weakened now, but another Low-Pressure Area has formed in quick succession over the North Bay of Bengal and adjoining parts of North Odisha. This system is moving in the west/northwest direction and presently lying over the northern parts of Odisha. This system will further move and come closer to Madhya Pradesh.

In the wake of this movement, moderate rain and thundershowers at many places with heavy showers at scattered places will continue in Madhya Pradesh for the next 24 hours. Places like Bhopal, Indore, Ujjain, Khargone, Dhar, Hoshangabad and Ratlam will witness heavy rains.

Heavy rain and thundershower activities will continue in West Madhya Pradesh for the next three to four days. Heavy showers may also trigger a flood-like situation in some places, which might affect the present cropping system.

On the other hand, these rains would be beneficial for the other parts of the state from an agriculture point of view.