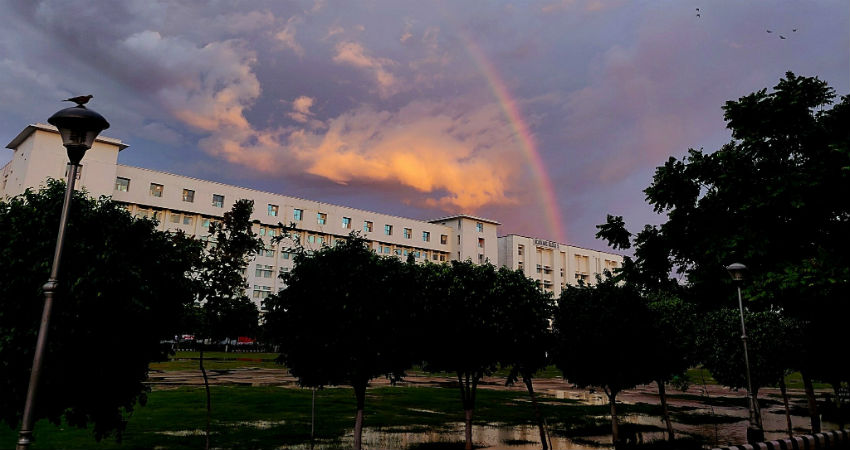 During the last 24 hours, the city of Chandigarh has experienced heavy rains and thundershowers. A few adjoining areas such as that of Panchkula, Zirakpur, Mohali, Ropar and Derabassi also became a witness to these rains.

The day started with a very warm note along with high humidity and a cloudy sky. Later, some lightning and strong winds took over. Lo and behold! It was pouring in the city yet again.

Data wise, the Chandigarh Observatory has recorded 42 mm of rains in the last 24 hours. Although, as on August 24 Chandigarh is still deficient by 32%. However, this deficiency is likely to decrease now due to the occurrence of these rains.

Tracing down the reason behind the rains, we see the combined effect of two weather systems was governing the weather over the city. A Western Disturbance had formed over Jammu and Kashmir in association with the Axis of Monsoon Trough which was passing across the foothills of Himalayas.

Presently, yesterday’s western end of Axis of Monsoon Trough has shifted southwards while moving away from the city. However, the feeble Western Disturbance still remains over northern parts of Jammu and Kashmir.

Due to the presence of the Western Disturbance, the city is likely to experience short spells of light rains and thundershowers in between during the next 24 to 36 hours. Though, generally, the weather will remain warm and humid along with a cloudy sky.

Thereafter, the rain intensity will be decreasing.

In Frame- The LaLit, IT Park, Chandigarh