After a warm week, inclement weather ahead for Britain once again

UK has been witnessing slightly warm weather for a week now, after a long winter season. Also, day temperatures were seen approaching the 20-degree mark over many places.

This relief however is short lived as a spell of hail and snow is being forecast for the country next week. Seems like the Winter is about to make a brief comeback with rain, snow, winds accompanied with a splash of hail. This chill, moreover, will not leave the country anytime soon now- not until the end of March. And not to mention, the snow is set to make road travel hard for the commuters.

Many parts of Europe will see snowfall by Friday this week. 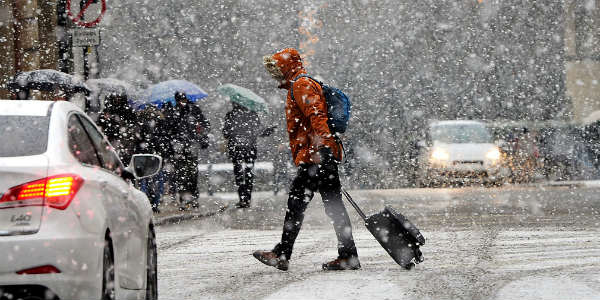 Scotland, moreover, will dip to -2°C over the weekend. Even England is all set to bear the brunt with temperatures dipping as low as 3°C over the southern parts. Snow will reach as far south as London.

According to the estimates, snow is set to cover UK this March 31. This Winter has already been a pretty dangerous one for the country with snow sheets and jaw-freezing temperatures posing as a huge boulder against traffic and basic human survival.