After back to back rainy days, showers to now reduce over Delhi NCR 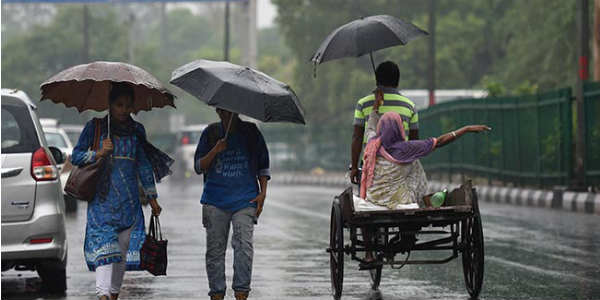 Delhi witnessed two back to back rainy days that resulted in making the weather conditions of the national capital pleasant. In fact, the rains were pouring over the city since Wednesday morning that continued with occasional breaks until the late evening hours in parts.

Counting on these rains, Delhi’s Safdarjung Observatory has so far recorded a total of 206.5mm of rains against its monthly mean of 232.5 mm, meanwhile, against a monthly normal of 188.7 mm, Delhi’s Palam observatory has already scored a total of 182.2mm of rains. Hence, it can be said that Delhi is lagging by just a few notches to be able to cross its monthly mark which however now seems a bit unfortunate.

As per Skymet Weather, the fluctuation of the axis of Monsoon trough is influencing the Monsoon rains over the city and its adjoining Noida, Gurugram, Ghaziabad, and Faridabad.

Therefore, the weather would become almost dry for the next two days, however, isolated spot rains cannot be ruled out. In the wake of reduction in the rain activities, the temperatures may also increase during the next 2 days and may reach in mid-30’s.

Thereafter, around September 1, we expect the formation of a cyclonic circulation over the western parts of Uttar Pradesh and thus, Delhi may also get few good spells of rains between September 1 and 3.