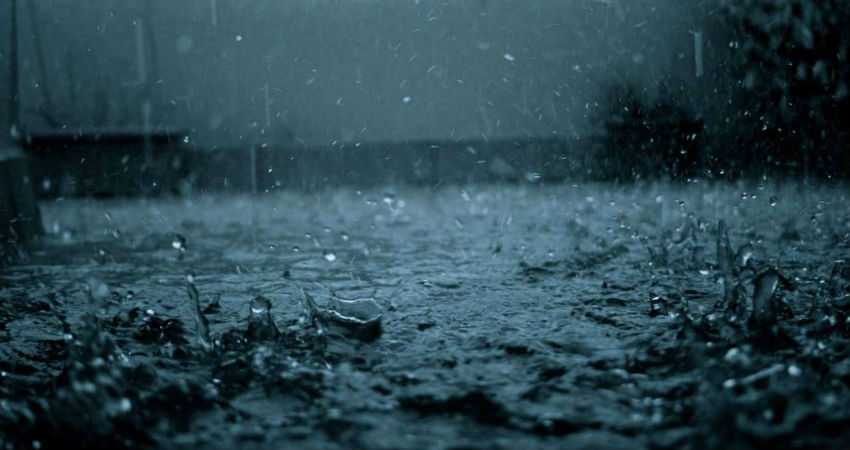 Post last week of July, Monsoon 2019 rains have been unstoppable. July had ended with a countrywide deficit of 9%, but vigorous Monsoon conditions took the rains to a surplus of 3% as on August 21. This can be touted as one of the fastest recoveries seen in the Monsoon rainfall.

In fact, major contribution came in just 20 days, which almost recorded rainfall owing to two months. Especially, the past four consecutive weeks in August has seen surplus rainfall. One thing remained constant that East and Northeast India underperformed in all the four weeks. 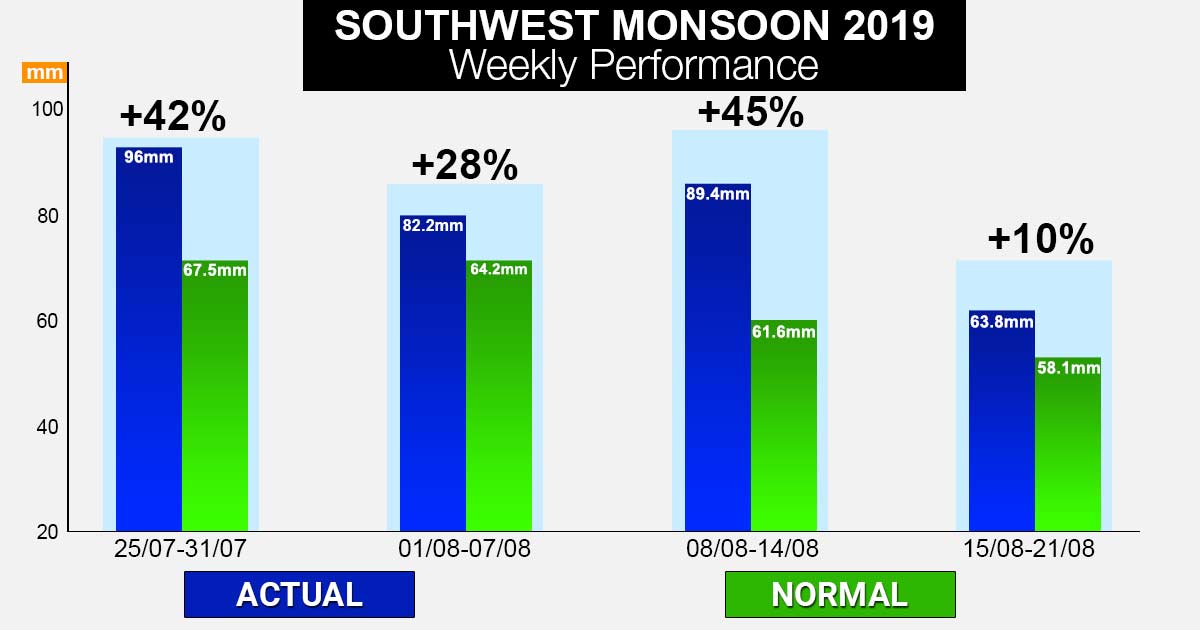 July 25 to July 31: The countrywide rainfall was surplus by a whopping 42%, wherein the major contribution came from Rajasthan, Maharashtra, and Madhya Pradesh.

August 8 to August 14: Although a lull period, but the week ended in excess rainfall to the tune of 28%. This time maximum contribution had come from Gujarat, Maharashtra, Karnataka, and Telangana.

August 1 to August 7: This has been the rainiest period not just out of four weeks but also for the ongoing Monsoon season. The surplus rain margin has been highest to the tune 45%. Again, the major contribution was from Central India along with parts of South India that included Gujarat, Madhya Pradesh, Karnataka, and Kerala.

August 15 to August 21: By the fourth week, rains continued to drench the country but on receding note. As a result, rain surplus was consumed up to a great extent and cumulative rainfall surplus came down to 10%.

This spell of excess rains has changed the entire scenario for Monsoon. All thanks to the trail of Monsoon systems forming in Bay of Bengal. Central and South Peninsula, which have been deficient remained most beneficiary and turned surplus as on August 21.

Forecast for the coming week August 22-28

After a series of surplus rains for four weeks, the country is now heading for deficient rainfall. According to Skymet Weather, rains have reduced significantly across the country. We have already seen a drop in countrywide rainfall from 102% on August 21 to 101% on August 23.

Weathermen predict that by the end of the week, the surplus would drop and end with deficient rains. This would be due to the absence of the formation of any significant weather system.