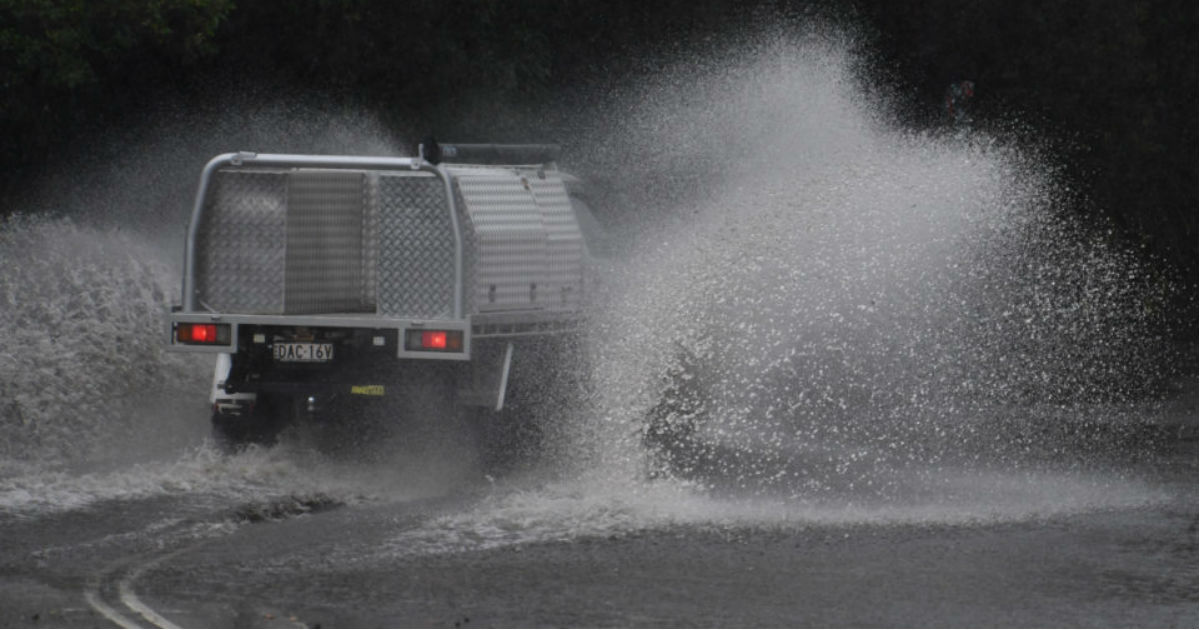 Nature has come reckoning for Sydney with its multiple parts making it to headlines with record breaking heat, extensive droughts and huge bushfires. Recently, deluges in Sydney have joined the list over the weekend. In fact, the city saw so much rains, there are concerns about dams and reservoirs coming of capacity and possibly outflow. Also, Tropical Cyclone Uesi nears the coast in the next several days, which raises the concerns manifold.

According to the Australian Bureau of Meteorology (BOM), Sydney recorded a total of 15.4 inches of rain between February 6 and 9 which is the wettest four-day period since February 2 to 5, 1990.

These rains over the weekend amounted to three times the typical monthly precipitation total in Sydney during February. Also, multiple other parts of southeastern Australia picked up more than 13 inches of rain in just 24 hours from February 8 to 9.

As a matter of fact, this four-day rain total of Sydney is more than the previous six-month period for the city. It’s also more than the city of Melbourne, saw all of last year.

Going by the reports, more than 100,000 Sydney residents lost power during the storms. The city’s transportation network came to a halt.

Weather on Twitter
It has rather been a fog-free February for #Delhi so far. Although, after January density significantly reduces, fo… t.co/cjbKSD6HHJ
In the wake of dry north-easterlies, #Kerala and #TamilNadu in South India may observe above normal temperatures. T… t.co/iOBZxWIjrI
Rain and thundery activity are likely at isolated places in #ArunachalPradesh, #Assam, and #Nagaland. Isolated rain… t.co/5aXskdEPud
The Northern parts of #HimachalPradesh and its adjoining parts of #Uttarakhand may also witness rain and snowfall a… t.co/Q6knTr21oZ
Have a look at the day and night temperatures for major cities of India on February 13. #Weather #WeatherForecast t.co/4ODcymoaCa
As of today, Umaria in #MadhyaPradesh is the #coldest city in the plains of #India, with its morning temperature se… t.co/XSDNlJWQ7I
विमान प्रवासा दरम्यान प्रत्यक्षात दुसऱ्या व्यक्तीशी शारीरिक संपर्कात आल्यामुळे कोरोना व्हायरसच्या संसर्गाची संभाव्य… t.co/DXe79PSHOv
गुरूवार को देश के मैदानी भागों में सबसे ठंडा स्थान रहा मध्य प्रदेश का उमरिया शहर। जहां न्यूनतम तापमान गिरकर 7.3 डि… t.co/nqp6Qg71vH
Due to a small Trough extending along the equator, close to the southern peninsula, isolated activities are expecte… t.co/rohMYnUj6h
North #Kerala and #TamilNadu may continue to witness dry and warm weather. Moreover, due to strong north-easterlies… t.co/OVpt6gS6WN
Follow us @skymetweather

Temperatures to rise over Punjab, Haryana, Delhi and Rajasthan despite blowing cold winds

Light rain likely in some parts of Kerala and Tamil Nadu, temperatures to soar

California records its highest wind gust at 209 mph, third highest in the world