After Priyanka Chopra, Leonardo DiCaprio took it to Instagram to show his concern toward Delhi Air Pollution 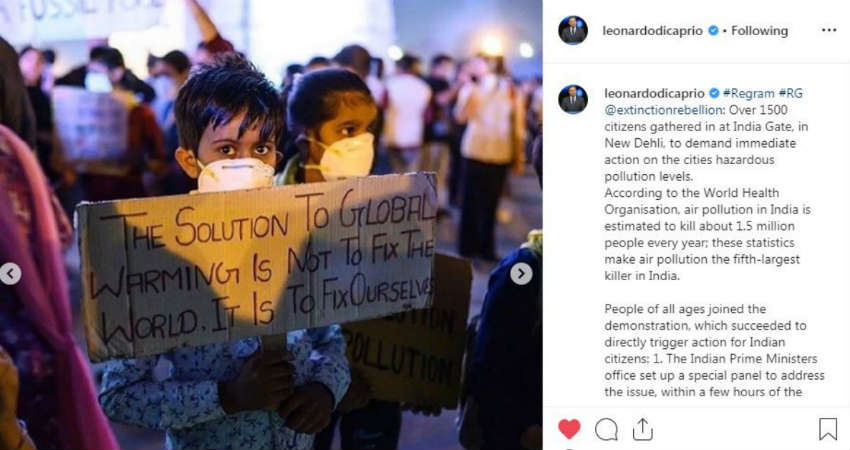 Recently, the Hollywood superstar joined the list of actors in raising concerns on Delhi's pollution level.

In the past few days especially from November 11 to November 16, Delhiites have literally inhaled hazardous air. The celebrity took to Instagram to share a picture of Delhiites protesting at India Gate, demanding the government to pay heed to the rising pollution level of the city. He wrote, "Over 1500 citizens gathered in at India Gate, in New Delhi, to demand immediate action on the city's hazardous pollution levels. According to the World Health Organisation, air pollution in India is estimated to kill about 1.5 million people every year; these statistics make air pollution the fifth-largest killer in India."

Further, he said that people of all ages joined the demonstration, which succeeded to directly trigger action for Indian citizens: 1. The Indian Prime Minister's office set up a special panel to address the issue, within a few hours of the protest. The panel is due to report on the issue within 2 weeks. 2. The Supreme Court of India asked the Central Government and respective state governments to fix the stubble burning issue within a week. 3. The Center accepted that the Green Fund will be used to combat toxic air pollution. 4. The Indian Prime Minister asked the Agriculture Ministry to distribute equipment urgently so that crop burning is no longer necessary.

It is not only Leonardo who took it to social media, other actors too raised concern on Delhi's air pollution. A few days back, Priyanka Chopra shared a picture wearing a mask while she was shooting for The White Tiger in the national capital. 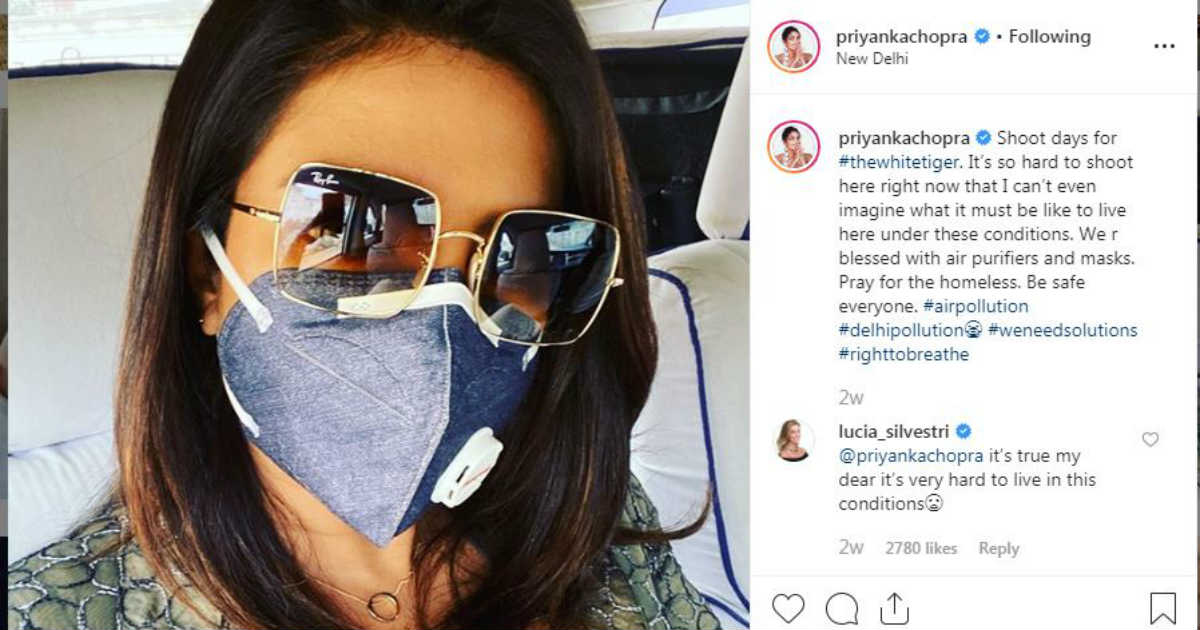 The odd-even scheme was launched by Delhi’s Chief Minister, Arvind Kejriwal from November 4 to November 15. However, due to very bad air quality in the past few days, the private and government schools in Delhi-NCR were asked to remain shut. They were opened on Monday (November 18).