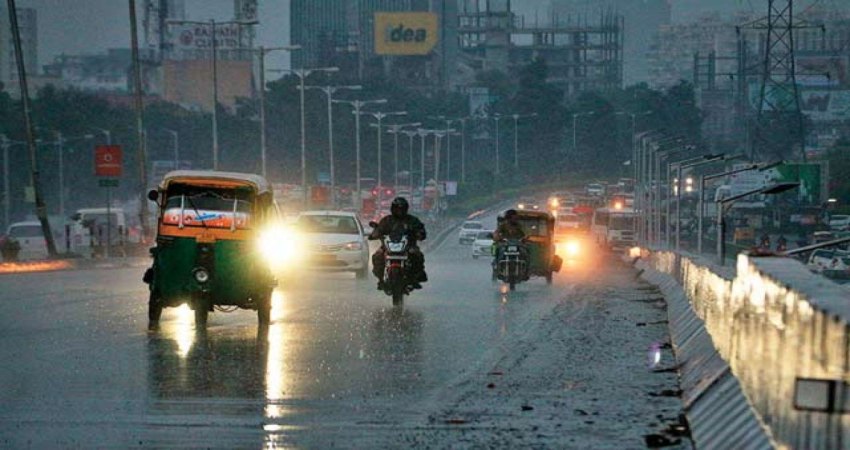 The weather in Ahmedabad largely remains hot and humid. Rain in the city is mostly during the Monsoon season with July and August being the rainiest months. Both the months together account for 75% of the rain in the city.

According to the rainfall data available with Skymet, July this Monsoon season has received a paltry 96 mm of rain against the monthly average of 291 mm. However, this pattern reversed in August and Ahmedabad till date has received 268 mm of rain surpassing the monthly average of 266 mm. And with almost two weeks before the month ends this rainfall figure (268 mm) is surely going to rise further.

On a few occasions, there has been heavy rain in August which has helped in the rainfall amounts being surplus. For instance, 109 mm of rain was recorded in Ahmedabad on August 4, while 54 mm of rain lashed the city on August 10. So there has been good rain in Ahmedabad during August so far due to the systems like the Well Marked Low-Pressure Area that has moved closer to the state.

Meanwhile, light rain in Ahmedabad is being witnessed for the last couple of days. According to the rainfall data available with Skymet, Ahmedabad received 5.6 mm of rain yesterday, while in the last 24 hours the city has seen 4 mm of rain. This pattern of rain is likely to prevail in the city for the next two days.

In view of the prevailing weather conditions, the day temperature in Ahmedabad is going to settle around 30 degrees Celsius, while the night temperature will hover around 25 degrees. These temperatures will be a huge relief for a city that is genera very warm and humid. The people of Ahmedabad can expect comfortable weather conditions for the next three to four days at least.