Monsoon arrived with a bang over the state of Gujarat and ever since its arrival, the state has been recording on and off rains. The intensity was moderate to extremely heavy during the first week of July wherein, parts of South Gujarat, particularly, Valsad saw three-digit rains that submerged most parts of the city. On the other hand, most parts of Saurashtra and Kutch remained mainly dry.

Thereafter, the rains started easing out and now for the last two days, the rain intensity has dropped significantly with only isolated pockets receiving heavy showers.

The rains over Gujarat has reduced due to the weakening of the cyclonic circulation which was over South Gujarat. The offshore trough is also persisting from South Gujarat to North Kerala coast. In the wake of this, we do not expect much increase in the rain activities at least for the next two to three days. 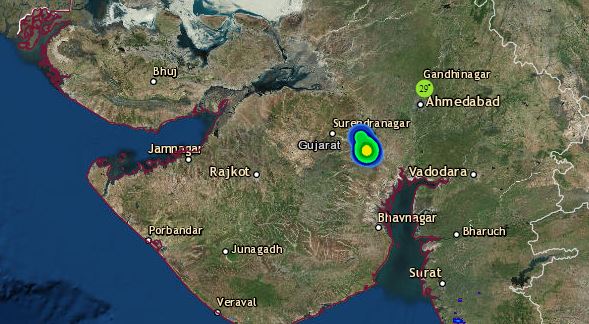 However, scattered light rains may still continue over the southern and some central districts of the state in cities like Ahmedabad, Valsad, Surat, Mahuva, and Bhavnagar, the intensity being moreover Surat and Valsad.

As per Skymet Weather, rains are expected to pick up the pace by July 12 or 13 and hence, the third week of July is expected to turn out to be good in terms of rain for the state.