Air emergency: Schools to remain shut on Nov 14 and 15 as pollution peaks in Delhi and NCR 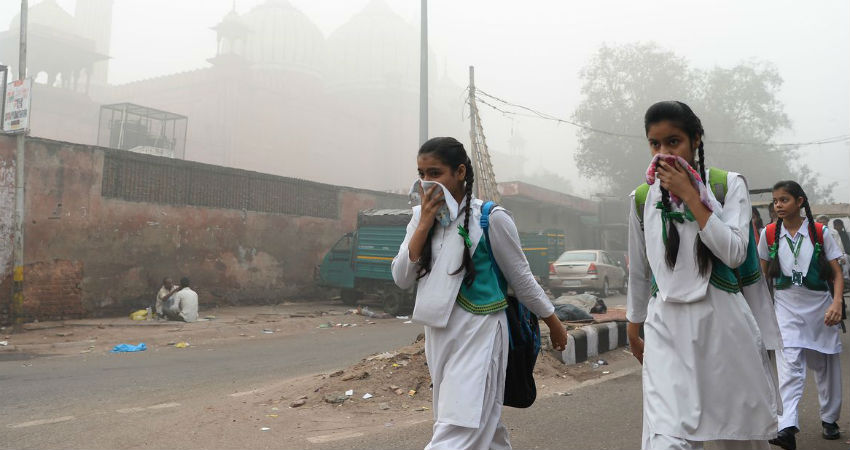 For the second day in a row, air quality in Delhi continued to remain in ‘severe’ category, forcing the authorities to bring ‘air emergency’ plan into action.

‘Large-scale stubble burning needs to be blamed which has contributed significantly to air pollution in Delhi this year with the share of farm fire smoke in particulate matter peaking to 44 percent’, said Central Pollution Control Board Member Secretary Prashant Gargava on Wednesday.

Understanding the gravity of the situation, Environment Pollution (Prevention and Control) Authority has requested residents in the adjoining areas of Delhi to try avoiding outdoor exposure and consider working from home only.

According to Skymet Weather, on Wednesday Delhi’s overall AQI was recorded at 456, which happens to be the third-highest figure until now for this season. A toxic layer of smog has gripped the northern plains of the country including Punjab, Haryana, Delhi, and West Uttar Pradesh. The winds from the northwest direction are on the much lighter side while back to back Western Disturbance are restricting the flow of moderate winds, thus suspending the movement of air pollutants. Further, no relief is likely from the toxic air quality until November 15.

This scenario is expected to improve marginally from November 16, i.e after the passage of Western Disturbance from the Western Himalayas. However, not much relief is in sight, as AQI would continue to be in ‘poor to very poor’ category only.