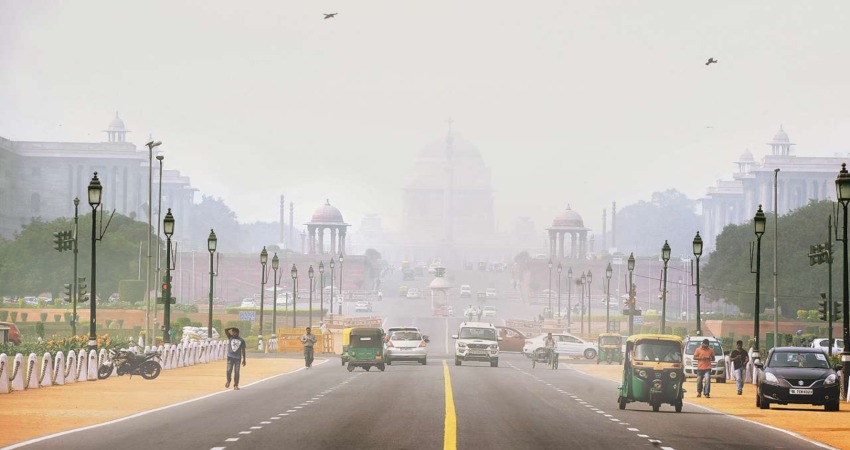 The southwest Monsoon for the capital city, Delhi ended with the highest deficiency of 35% wherein post-Monsoon Season, Delhi recorded heavy rainfall. Till date in October, Delhi is rain surplus by 110% which is due to the heavy downpour that occurred on October 04. And since then, the weather in the city is nearly dry.

Fortunately, the pollution level in Delhi is in a satisfactory to moderate category over most places. The reason for this cleaner air can be attributed to the continuous flow of the southeasterly winds. In the wake of some intermittent rains, the pollutants got washed away which paved way for cleaner air.

Our experts have to say that for the next two days in Delhi and NCR slow winds are likely to blow. Due to these light slow winds, the pollution level may increase marginally. Whereas between October 12 to October 18, we expect moderate southeasterly winds to blow over the northern plains including Delhi and NCR. These winds most likely will not permit the smoke of the stubble burning over Punjab and Haryana to reach Delhi and NCR as these winds are blowing from the opposite direction whereas Punjab and Haryana lie in the northwest of Delhi.

Therefore, Delhi can be assured to remain pollution-free until October 18. Thereafter, the winds would change the direction and would start blowing from the northwest. The smoke particles over Punjab and Haryana will be carried towards Delhi and NCR by these northwesterly winds.

Diwali celebration is scheduled in the last week of October, then the smoke of the crackers might add to the pollution level.

Thus, we can say that if the speed of the winds would be to the tune of 20 to 25 kmph, then it would not permit the pollutants to settle in the lower atmosphere of Delhi and NCR.