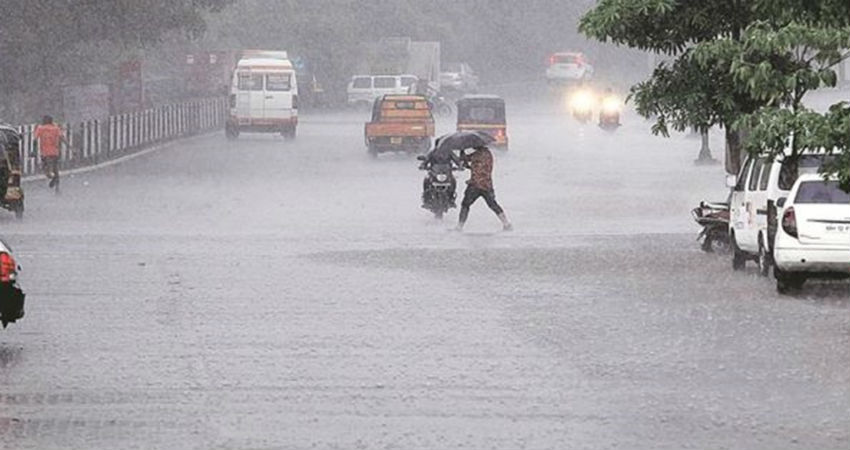 In the past 24 hours, Odisha and Chhattisgarh have recorded good rainfall and thundershower activities. From 0830 hours IST of yesterday to 0830 hours IST of today, Angul recorded 32.6 mm of rain, followed by Koraput that saw 24.4 mm of rainfall. Meanwhile, scattered light rain was a sight over many parts of Odisha.

At present, a Trough is extending from Sub-Himalayan West Bengal to interior Karnataka across Odisha. Thus, as per the meteorologists, intermittent rain and thundershower activities would continue over many parts of Odisha during the next two to three days i.e. until October 10. State capital of Bhubaneswar is also expected to see light rains.

Thereafter, there will be a significant decrease in rainfall activities. However, during these three to four days, there would be moderate spells of rain with violent thunderstorms and lightning episodes. Simultaneously, squally winds can also not be ruled out. The post-Monsoon season is prone to intense thundery and lightning strikes, which can be very dangerous at times.

On the other hand, neighbouring state of Chhattisgarh too recorded light to moderate rain and now as well the rainfall activities are expected to remain confined over the southern and central parts of Chhattisgarh. Places like Bastar, Bijapur, Sukma, Dantewada, and Kanker stand a chance to witness light to moderate showers. Meanwhile, scattered rains can be seen over Dhamtari, Balod, Raipur and Rajnandgaon.

These intermittent rain activities are expected to continue until October 9 over the state of Chhattisgarh. Post this, the rainfall activities will take a dip. Hence, the next two to three days will be rainy for the states of Odisha and South Chhattisgarh.