Another rainy day for Hyderabad, Telangana, Monsoon onset to get delayed 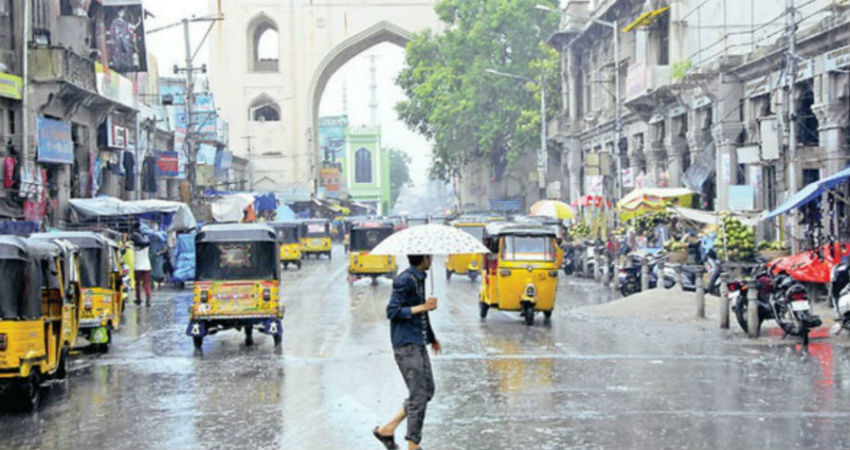 On and off rain and thundershower activities are continuing in the state of Telangana, wherein good rains were observed over Hyderabad, during the last 24 hours.

These good rains were a result of the Trough, which is currently extending from Gangetic West Bengal up to South Peninsula across Telangana.

According to Skymet Weather, as this prominent Trough will persist for some more time, scattered rain and thundershower activities are expected to continue in many parts of Telangana today as well.

By June 9, rains will taper over the region, but some places might observe scattered rains for some more days. By June 10, rains will decrease significantly and only isolated rains would be observed.

During this period, Hyderabad may receive one or two short spell of rain and thundershower activities.

Rain and thundershowers with gusty winds may occur over Medak, Nagarkurnool, Nalgonda, Nirmal, Nizamabad and Hyderabad during next 8 to10 hours.

Further, we expect, by June 11, rains will vacate most of the areas. This is because a Low Pressure Area is expected to develop over Arabian Sea. Thus, moisture concentration and wind convergence would be around this system.

In fact, interior parts of the entire South Peninsula, including Telangana will become almost dry during this period, however, isolated rains might continue.

Thus, we can say that for the next two days, the state will observe scattered rain and thundershowers. Then there would be a gap of three to four days.

After the passage of this period, rainfall activities will once again pick up pace over Telangana, as the weather system, i.e. the Low Pressure Area is expected to intensity into a Depression by then.This system would move further in north direction, thus going away from the coast of India.

Usually, Monsoon makes an onset over Telangana by June 6. However, as reiterated, this year, due to the late onset over Kerala, Telangana will have to wait for at least one week or so for welcoming the Southwest Monsoon.