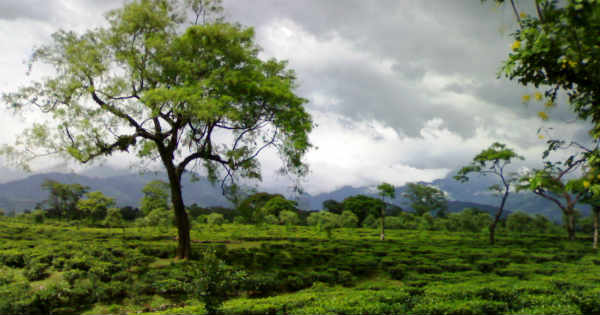 In the pre-monsoon season (March 1- May 31), West Bengal has received good rainfall, especially the southern districts of the state. At present, Gangetic West Bengal is surplus by 61% while Sub Himalayan West Bengal and Sikkim is rain deficient by 15%. As per experts at Skymet, the weather would remain dry for the rest of the month in the region. However, due to localized weather conditions, isolated light rains can be a sight around March 30 and 31.

On March 31, a Cyclonic Circulation would form over Bangladesh and adjoining West Bengal, becoming prominent by April 1. This circulation along with the Anti-Cyclone over Central Bay of Bengal would feed moisture to the region. Moderate to heavy rains would be a sight over Siliguri, Kalimpong, Malda and Jalpaiguri.

Between April 2 and 4, many areas of the state would receive good rain and thundershower activities. Places like Diamond Harbour, Shantiniketan, Bankura, Kolkata, Berhampur, Contai and Midnapore would observe intense rains along with hailstorms and strong winds. Lightning strike is a common feature during this tenure. Nor'westers or the Kalbaishakhi would be a frequent sight over these places. With time, these activities will increase further.

Kolkata too is expected to witness rain and thundershower activities between April 1 and 4. The intensity is expected to be more on April 3 in Gangetic West Bengal including Kolkata. After April 4, the weather systems would degenerate and dry weather will prevail for some time. Post these activities, rain surplus would go up for Gangetic West Bengal, while the deficiency in Sub Himalayan West Bengal and Sikkim would improve. In a nutshell, the overall surplus of West Bengal which is at 41% would rise further.