Araria, Supaul, Sitamarhi gear up for another round of heavy Monsoon rains 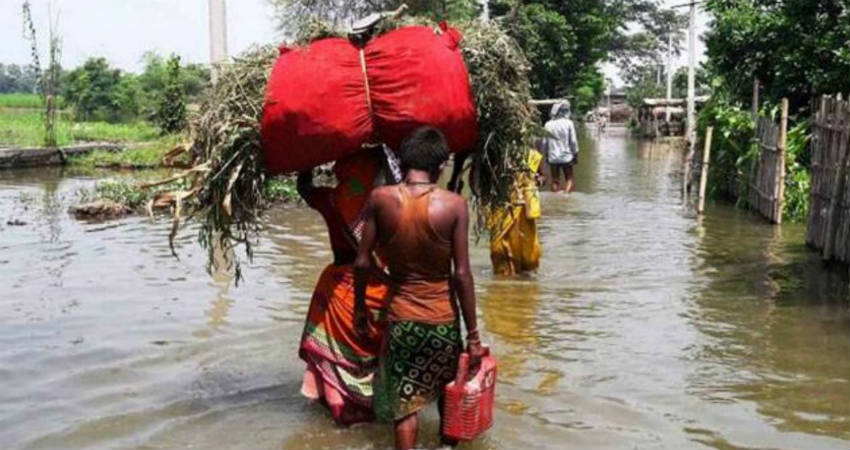 The state of Bihar witnessed moderate to heavy Monsoon rain and thundershowers between July 7 to July 14. Thereafter, the weather has turned almost dry with occasional light to moderate rains in between. The floodwater has also receded, and temperatures have risen leading to warm and humid weather conditions.

In the last 24 hours, isolated rains were seen in some parts of the state like Purnea, where 4.8 mm of rain was recorded. As of now, the axis of Monsoon Trough is passing via South Bihar. Eventually this Trough will shift northwards and a Cyclonic Circulation is expected to form over East Uttar Pradesh and adjoining Bihar in the next 24 hours. In presence of these weather systems, moderate to heavy rains with isolated very heavy spells are likely to be witnessed until July 26.

According to meteorologists at Skymet, today night onward, rains will start increasing and moderate to heavy rains will be seen on July 24 and July 25 over many parts. On July 26, the rain intensity would decrease marginally but many parts will see good rains. During this period the hills of Nepal will also see heavy rains. This might once again lead to rise in water levels. Since this time the rain episode is not likely to last for a long period, therefore severe flood-like situation seems to be ruled out.

However, the northern districts of Bihar like Araria, Supaul, Champaran, Purnea, and Sitamarhi might get to witness flash floods and water-logging in isolated parts. Intermittent light rains with one or two moderate spells would continue until the end of July.

Rain and thundershower with gusty winds at many places with moderate lightning strike at few places will occur in Begusarai, Darbhanga, Jehanabad, Khagaria, Lakhisarai, Munger, Muzaffarpur, Nalanda, Patna, Saharsa, Samastipur, Sheikhpura and Vaishali during in next 2-4 hours.