As Vadodara breaks all previous records, hefty rains ahead for Gujarat in the next few days 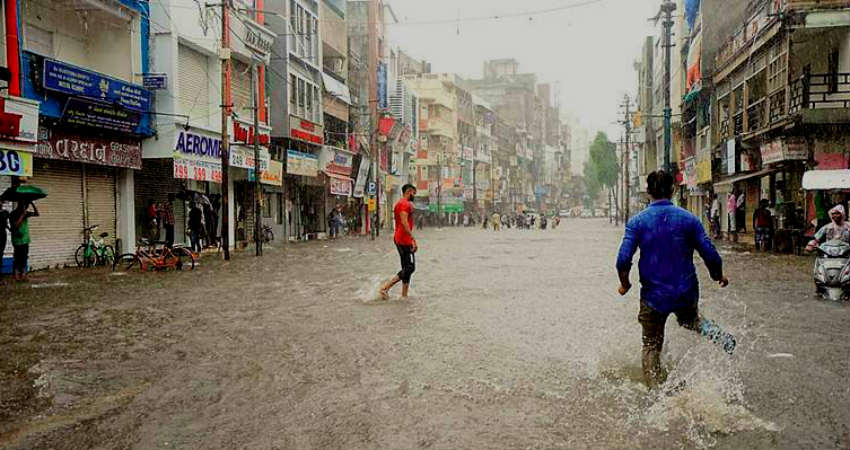 Many parts of Gujarat have been receiving moderate to heavy showers since the last few days. During the last 24 hours, Gujarat region has received exceptionally heavy rains. The city of Vadodara has smashed all previous records with 556 mm of rain in just 4 hours on Wednesday, July 31. The last time such heavy rains occurred in the city was in 1957, when Vadodara had recorded 271.1 mm of rains, highest till then.

According to our meteorologists, this was a cloud burst situation. Thunderclouds which developed over Gujarat region did not move much and dropped all the moisture content at one place that is Vadodara.

At present, a Trough is extending from Gujarat up to Jharkhand. Therefore, we expect moderate rains with one or two heavy spells to continue over many parts of Gujarat today. On August 2 and 3, Gujarat region will get fairly widespread rain and thundershower activities. Eastern parts of Kutch may also receive a few good spells of rain. Rain activities will reduce from August 4 onward.

The rainfall deficiency in Gujarat is expected to decrease further. The month of July has ended with a deficiency of 47%. Now, however, there are fair chances that the state might recover from this deficiency in the next 3 days and become normal.