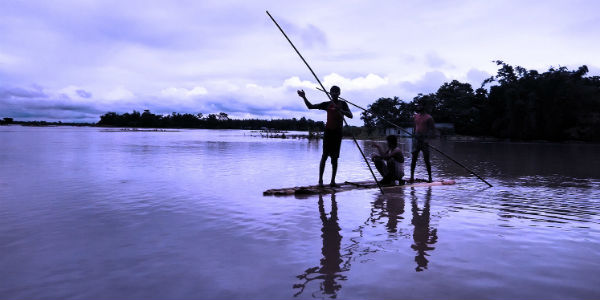 Torrential rains have paralyzed most parts of Northeast India with floods and landslides that have affected lakhs of people including thousands being dislocated. Rains have been battering most states of Northeast India since the arrival of Southwest Monsoon over the region.

These heavy showers have triggered flash flood and landslides across more than 800 villages of Assam. The worst hit had been borne by Assam, Arunachal Pradesh, and Manipur thereby claiming at least 20 lives and injuring several others. 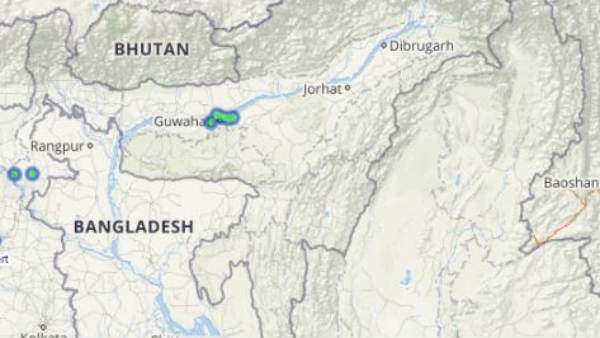 The major deaths were caused due to drowning or fatal injuries due to collapsed trees over homes in Assam. Approximately, 4 lakhs of people have abandoned their homes across 800 villages in several districts of Assam, Arunachal Pradesh, and Manipur.

In fact moderate to heavy rains have occurred over parts of Northeast India in the last 24 hours as well. Within a span of 24 hours from 08:30 am Thursday, Pasighat recorded 65 mm of rains, Imphal 32.6 mm, Silchar 19.5 mm, and Itanagar witnessed 15.7 mm of rains.

As per Skymet Weather, the reason for the flooding rains can be attributed to a cyclonic circulation which was over Sub-Himalayan West Bengal and Sikkim. While, another cyclonic circulation is over the northwest Bay of Bengal. On account of this, heavy rains have occurred are foreseen to occur over

Moreover, the swelling of the Brahmaputra and Barak rivers and several of its tributaries due to heavy rains in the past two weeks has also contributed to the submerging roads across the northeastern states.

As of now, the weather does not seem to be permitting any relief to the parts of Northeast India. In fact, more heavy rains are being predicted for the northeastern states of the country thereby worsening the situation even more.