At 42.9 degrees Pune in Maharashtra breaks record of last 36 years 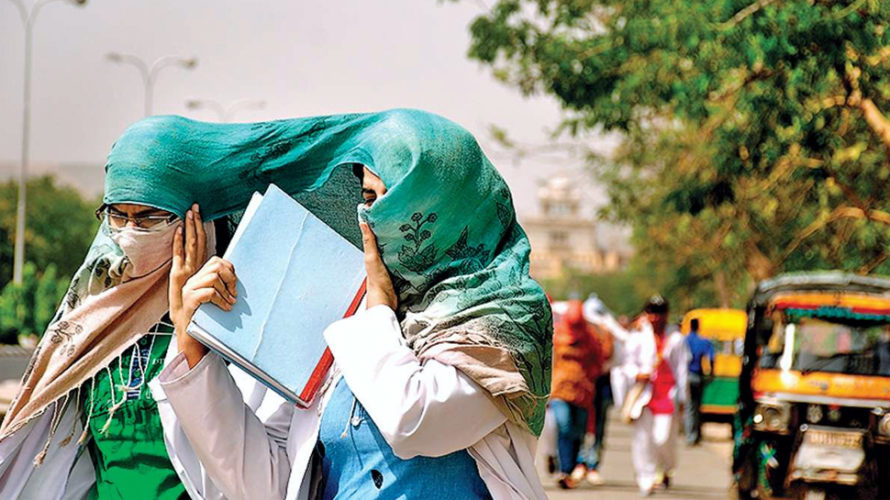 At present many parts of Maharashtra are experiencing heat wave conditions. Temperatures are being recorded at 45°C or more at many places particularly in the Vidarbha, Marathwada and Madhya Maharashtra region.

Moreover yesterday, the city of Pune recorded 42.9°C yesterday which was the highest recorded temperature for the city in the last 36 years. The all-time record for Pune stands at 43.3°C recorded on April 30, 1897.

Areas such as Malegaon and Jalgaon too are recording day temperatures at 45°C or more.

At present the highest temperature across the country are being experienced over the Vidarbha region particularly in the cities of Akola, Wardha, Chandrapur, Gondia, Amravati, Bramhapuri. Almost all these stations are recoding temperatures in the tune of 45°C or more.

These heat wave conditions are due to the continuous dry spell over the state combined with the hot and dry winds blowing from North and Northwest direction. As these winds are blowing from the dry and hot region of Central Pakistan, Rajasthan and West Madhya Pradesh, thus increasing the temperatures over Maharashtra.

We do not expect any relief from such weather at least for the next 4 to 5 days in the absence of any major weather activity.

A slight relief is in sight by May 2 or 3, when the temperatures might subside by 2 to 3 degrees as a Cyclone which is forming over Bay of Bengal will move along the coast, leading to influx of humid winds over the state from Bay of Bengal. Until that time the state will have to battle extreme temperatures.