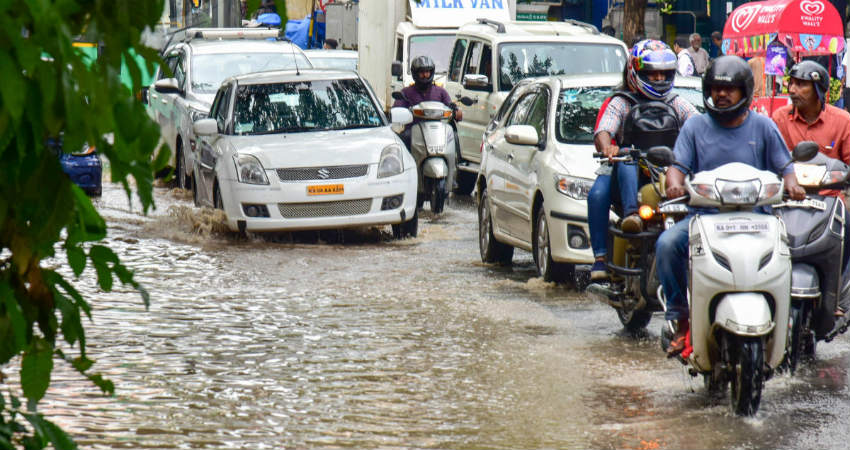 After remaining nearly silent for over 10 days, the silicon city Bengaluru is promising decent showers this week. Moderate showers have been recorded over most parts during the past 24 hours and more are expected at least till Friday, 04th September. The suburbs can also expect relief showers for the next few days.

In the absence of rains, the day temperatures were climbing to the mid-30s, 3-4 degrees above normal of 27-28°C. The rainfall of the second fortnight was though more than the first half but weather conditions were more comfortable during the opening two weeks due to off and on showers on most days. The maximum temperatures generally remained around mid 20’s.

August 2020 happened to be the least rainy for Bengaluru in the last 10 years. It recorded 75 mm of rainfall against the normal of 147 mm, a shortfall of almost 50%. The earlier two occasions when monthly rainfall remained short of 100 mm was 2013 (94.3mm) and 2016 (82.8mm). However, South Interior Karnataka as a subdivision hosting Bengaluru was surplus by 10% during the month.

September is the rainiest month for Bengaluru with monthly normal of 212.8 mm, following which the Northeast Monsoon arrives over the region. The number of rainy days ( rainfall >/= 2.5mm) also increases to 10, with persistent low clouds. There is a cyclonic circulation coming up in the Bay of Bengal, off the coast of North Tamil Nadu and South Andhra Pradesh. Also, a similar feature is appearing in the Arabian Sea off the Kerala coast. Under the combined influence of these two systems, rain and showers are expected over the next few days.