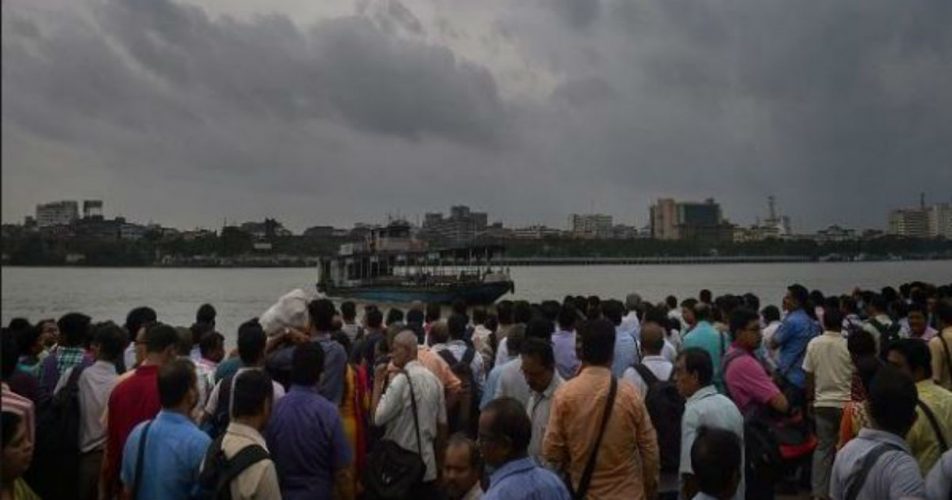 The Very Severe Cyclone Bulbul at present lies in Bay of Bengal near the coast of Bangladesh. It has retained its intensity for the last 24 hours while moving with a speed of 150 kmph. The storm has taken a recurvature while moving in Northeast direction. It might possibly take up more speed while closing in towards the coast. Presently, it lies 100 kms away from Sagar Islands and 200 kms from Bangladesh coast. Bulbul is likely to make a landfall close to Indo-Bangla border, near Sagar Island and Khepupara around 8 to 10 pm IST in the night.

As the system is making landfall in delta among a marshy area with mud, water bodies and creeks, the system might not lose strength even after crossing the coast.  Bulbul might retain its strength for the next 6 hours as the surrounding water bodies will keep providing ample moisture. Also, the storm will cover a large area as it will travel deep inside the landmass.

It might possibly spend the next 12 hours as a storm which might bring phenomenal threat of damage to the surrounding areas triggering strong winds and rains. South coastal parts of Bangladesh are likely to face the fury of the storm. Extremely heavy rainfall to the tune of 100 to 200 mm is likely at many places.

Cities like Khulna, Pirojpur, Barisal, Comila and Bhola are likely to be worst affected. Although capital Dhaka will not see a big cyclone fury, but the region is sure to be affected as well. Winds to the tune of 40-50 kmph will blow over here.