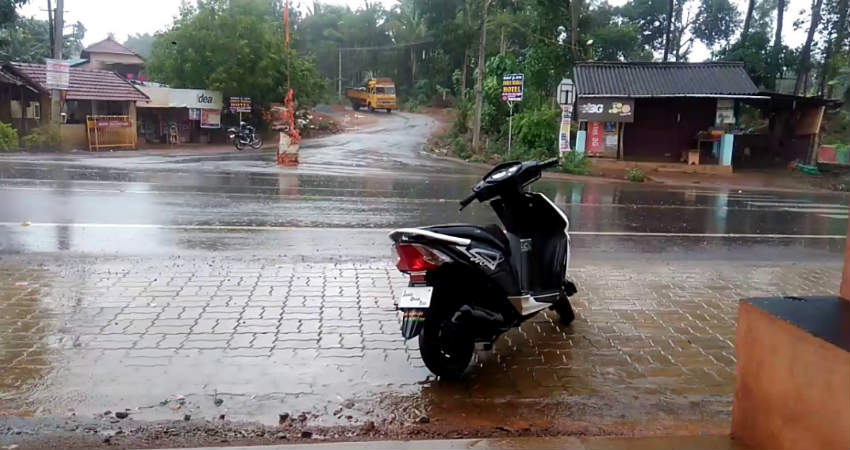 The Low-Pressure Area over Lakshadweep and adjoining East Central Arabian Sea has slightly moved west/northwestward. Along with this southerly moist moderate wind is prevailing along the coast of Karnataka.

As per our experts, moderate rain with few heavy spells may continue mainly along the coastal area. Interior parts of the state will continue to see moderate spells with isolated heavy spells to be seen over North and South Karnataka during the next 24 hours.

A marginal drop in rainfall activity is likely post 24 hours, especially along the coast. While the interior parts will continue with moderate and isolated heavy spells for the next three to four days.

During the next 24 hours, moderate to heavy showers are likely over Chitradurga, Gulbarga, Bidar, Chikmagalur, Mysore, Karwar, Honnavar, Agumbe while mainly moderate showers are expected over Bengaluru, and Mangalore. With this, it is very likely that Bengaluru will continue with moderate spells for the next three to four days and reduce thereafter.