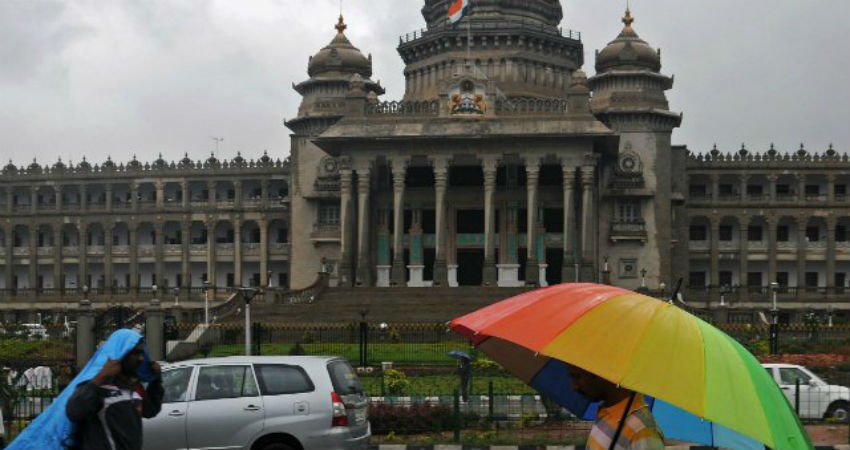 Bengaluru rains have been on the higher side, hefty winds and rainfall claiming two lives in Tumakuru district. There have been several tree falling incidents also across the northern Bengaluru region along with which power failure has caused the disruption of metro services as well.

The casualties report came from Chikkanayakanahalli taluk of Tumakuru district wherein intense lightning was observed. A woman aged 75, who resided in Handanakere lost her life after a shed collapsed on her.

In Hosuru Village, a 50-year old man lost his life due to lightning strike during the time he went out to buy some firewood in the evening.

Bengaluru was observing a muggy day after which thunderstorm wreaked havoc yesterday evening. The Purple Line of the Bengaluru Metro remained disrupted due to power failure for about an hour in the evening hours.

As per the BMRCL officials, the loss of power may have been due to heavy rains and winds. Baiyappanahalli metro station also had power trip issues due to which three train operations had to be cancelled from that particular point.

Full services on the Purple Line, between the station of Mysuru Road and Baiyappanahalli, were stopped between 7.20 pm and 8:00 pm, after which full service was restored only after 8:00 PM. At least five tree falling incidents were reported in North Bengaluru including Bruhat Bengaluru Mahanagara Palike.