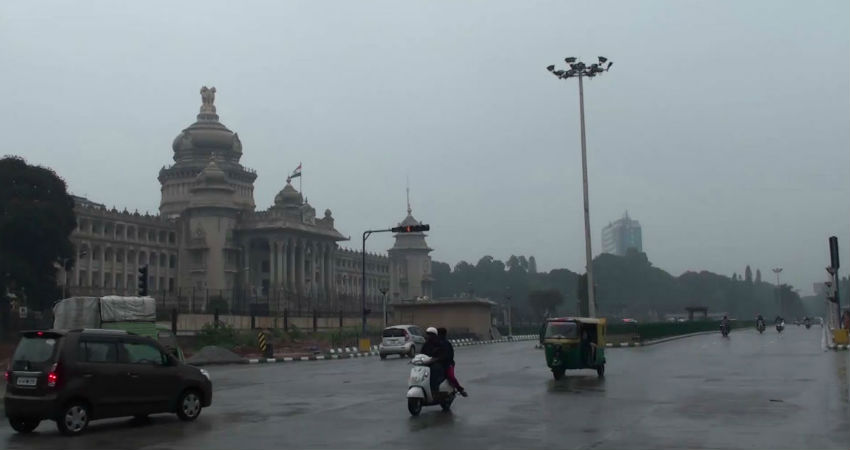 Bengaluru rains have made a comeback, all thanks to the Very Severe Cyclonic Storm Fani over southwest and adjoining southwest Bay of Bengal. At present, very severe cyclonic storm Fani is exactly abeam Chennai, near latitude 13.1°N and longitude 85.1°E, about 500 km from Chennai, 780 Km south of Puri, Odisha and 600 km south-­southeast of Vishakhapatnam, Andhra Pradesh.

Although the system has maintained a safe distance from the coast, but outer periphery of the storm Fani has been covering several parts of Tamil Nadu, Andhra Pradesh and South Interior Karnataka.

As a result, clouding was seen across Bengaluru and adjoining areas, with rains making an appearance during the evening hours.

Weather conditions are already favourable for light to moderate rains and thundershowers over parts of South Interior Karnataka during the next 24 hours. There are also possibility of one or two pockets recorded short spells of intense rains. However, heavy to heavy rains that are usually associated with cyclone are completely ruled out.

Temperatures would also take a dip, bringing in relief from ongoing warm and uneasy weather. 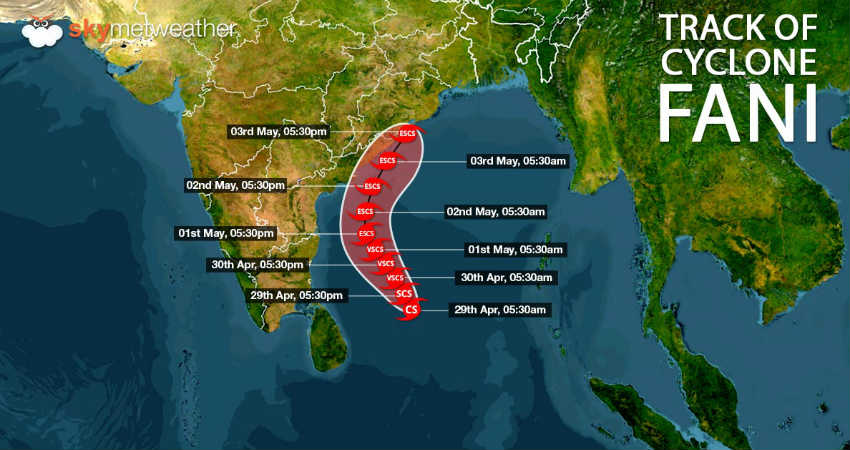 There might be cloudy sky but chances of rains after 24 hours would decrease. Warm afternoons would also make a comeback.