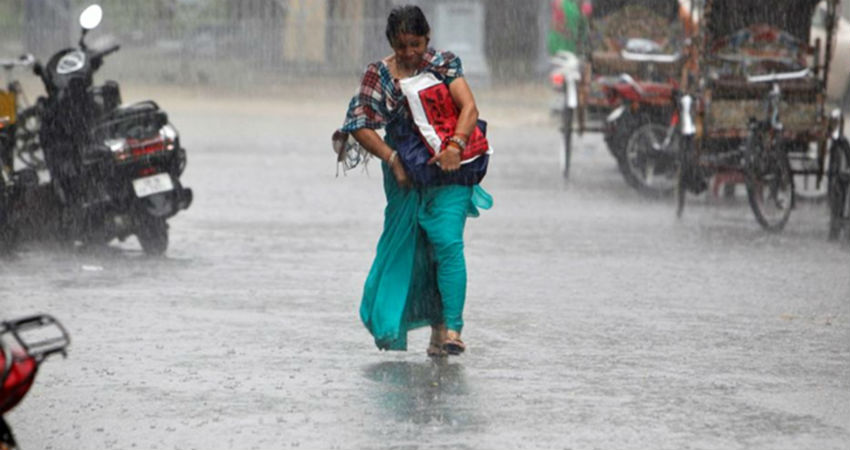 Heavy rains have remained unstoppable in parts of Gujarat since the last two days. In a span of 24 hours from 8:30 am on Sunday, Bhavnagar has recorded 115 mm rainfall, followed by Porbandar 90 mm, Valsad 82 mm, Gandhinagar 67 mm, Rajkot and Bhuj 34 mm each, Surat 7 mm, Ahmedabad 4 mm and Vadodara 2 mm.

These rains can be attributed to the Cyclonic Circulation over the Saurashtra region along with a wind shear zone, extending from Gujarat up to Low-Pressure Area across Northeast Madhya Pradesh. In addition, an offshore Trough has been extending from South Gujarat up to Kerala.

All these systems would persist for some more time and result in heavy rains over the southern districts such as Surat, Valsad, Navsari, Dwarka, Porbandar, Gandhinagar, Junagadh, and Narmada today and tomorrow.

Meanwhile, moderate showers are likely in Vadodara and Ahmedabad for the next 48 hours. Thereafter, rains may taper over the region and continue with light intensity only along with a few moderate spells for another four to five days.

Multiple weather systems have been giving rains over parts of Gujarat for the last many days now. So much so that, Gujarat region is standing rain surplus by 17%, while Saurashtra and Kutch by 39%, according to the rainfall data between June 1 and September 8.