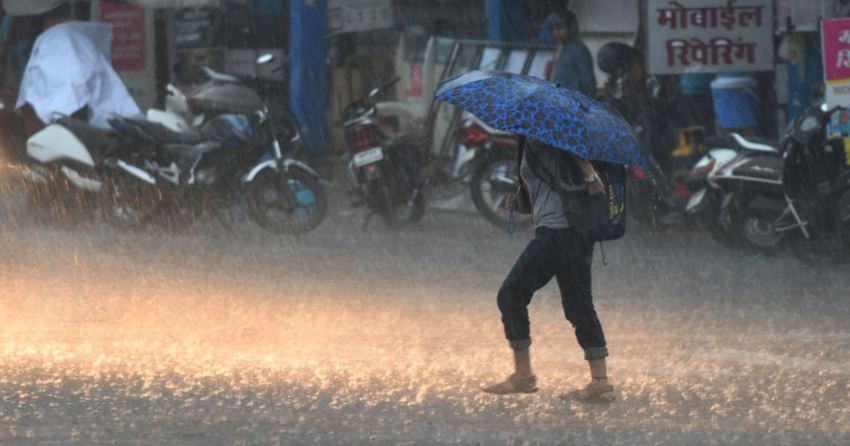 As of 8:30 IST this morning, the Very Severe Cyclonic Storm Bulbul is almost 280 South of Kolkata lying near 20.3 N and 88.0 E is moving with a speed of 13 kmph. During the last 6 hours, the system has moved Northwards. Now, the system may recurve slowly towards Northeast and may weaken marginally. Cyclone Bulbul may land close to Sundarban Delta or Bangladesh coast by today night or tomorrow early morning. While crossing the coast, the wind sped may reach between 100-110 kmph and gusting to 130 kmph.

The outer periphery of Jharkhand and parts of Bihar have already observed increasing in clouding and gusty wind speeds due to the nearing Cyclone. Light rain has already begun at a few places mainly over the southern parts of Jharkhand.

As the system is expected to track further northeastwards, the eastern parts of Jharkhand and adjoining Bihar may witness light squally weather especially over places like Jamshedpur, Ranchi, Dhanbad, Deogarh and Dumka area. Wind speed over the region may reach 20-30 kmph and at rimes may gust to 40 kmph.

Isolated rains with chances of gusty winds around 20 kmph may affect parts of Southeast Bihar including Bhagalpur. The day temperatures will drop significantly over the region.

Drop in night temperatures is likely tomorrow. Bihar will witness mainly dry weather with a cloudy sky. Haziness will prevail and day temperatures will drop. Weather will improve from tomorrow morning and sky will start clearing. As the system moves away, northerly winds will start settling in. Thus, morning temperatures are likely to drop over the region.