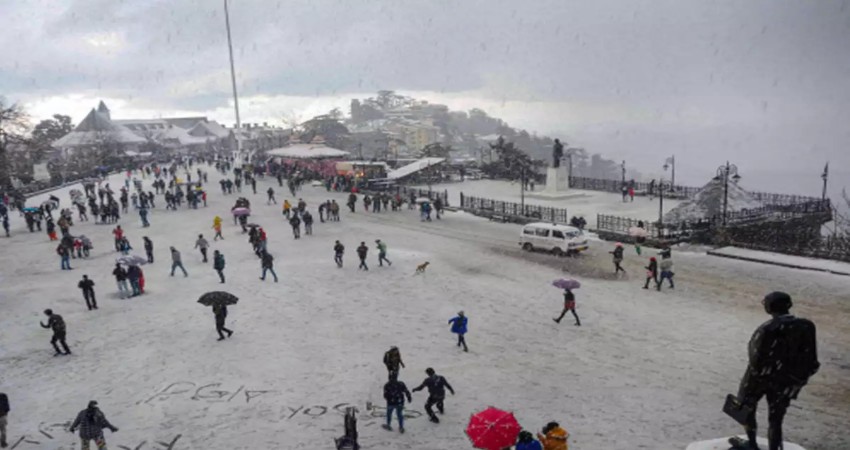 Snow in the hills of North India gave a miss this Christmas but according to the weather models being observed by Skymet Meteorologists, the chances of white New Year in the hills is a strong possibility now.

As forecast by our senior meteorologists the popular hill stations like Srinagar, Shimla, Kufri, Kullu, Manali, Nainital, Mukteshwar and Mussoorie stand a strong chance of receiving snowfall on New Year due to the approaching Western Disturbance around December 30.

This Western Disturbance is likely to induce a cyclonic circulation in Rajasthan and work in tandem with it to give widespread snow and rain in Jammu and Kashmir, Himachal Pradesh and Uttarakhand during New Year.

Currently, the hills are observing a dry period with very little rain and snow. It is only the higher reaches that are observing weather activity of some kind.

This dry condition has pulled down the night temperature to freezing levels at several places. For instance, Srinagar early morning today recorded a minimum of -5°C, while Pahalgam on December 25 saw the minimum settle at a bitter -11°C.

This condition is going to be observed in the hills until the new Western Disturbance approaches the region around December 30. Thereafter the night temperature will see some improvement. However, due to snow and rain during this period the day temperature will drop.