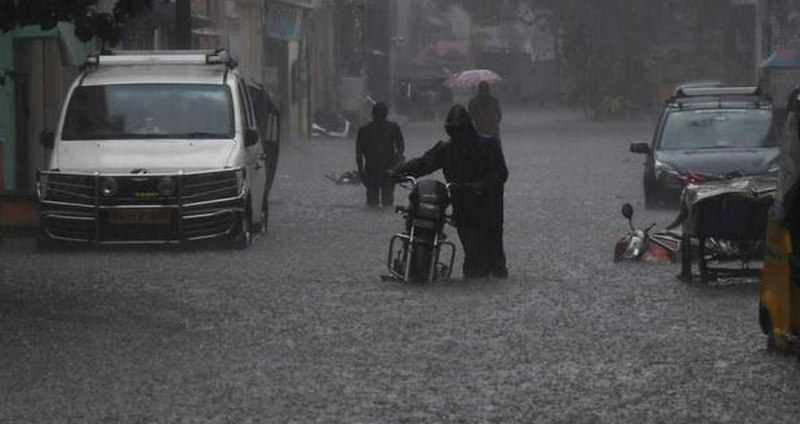 During the last 24 hours, Nungambakkam observatory of Chennai recorded 63 mm rainfall. Meenambakkam observatory recorded 44.6 mm rain during the last 24 hours. Both the observatories have surpassed the monthly average rainfall of January in just 24 hours. In fact, this is the highest 24-hour rainfall during the decade. The 24-hour rainfall record for Chennai is 212.9 mm on January 15 in 1915. Highest monthly rainfall a record for Chennai for the month of January was also set in 1915 with a total of 244.1 mm.

Meenambakkam (Chennai Airport) recorded 105mm rainfall in 6 hours from 8.30 am till 2.30 pm, heavy rain will continue.

A trough is extending from Comorin area to north coast of Tamil Nadu. Humid easterly and Southeasterly winds are feeding moisture over Tamil Nadu leading to moderate to heavy showers. These rain activities are expected to continue until tomorrow. Chennai will get intense spells of rain and activities leading to traffic jams and local flooding. Another heavy spell is expected to lash Chennai and suburbs as well as the north coast of Tamil Nadu around January 9 and 10.

This January is going to be rainy for Tamil Nadu as well as Chennai. These rains are beneficial for upcoming crops. They will also recharge groundwater for Chennai and Tamil Nadu.