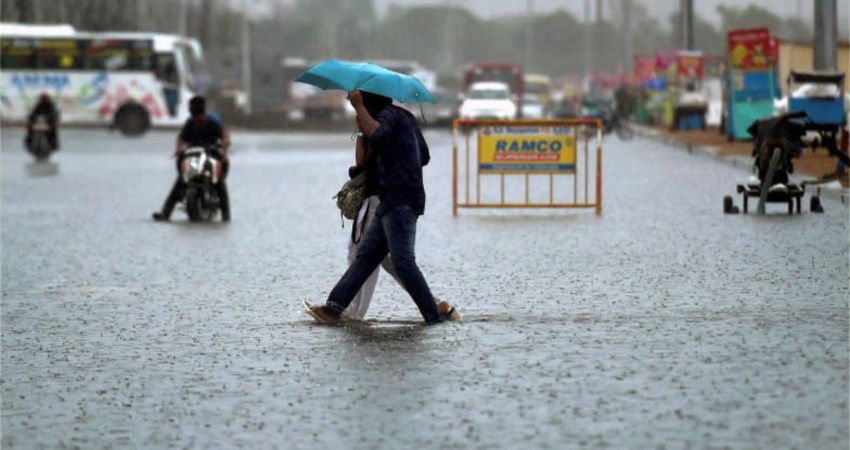 Chennai is likely to witness rain and thundershower on 19th & 20th February. Chennai and suburbs are expected to receive 1st measurable rain in February on these 2 days. Prior to this, Chennai observed light sprinkle on 02nd and 08th February to register the trace of rainfall. The quantum of rain is not going to exceed 5mm in this wet spell.

As expected, the 2nd cricket test match got concluded without any interruption on account of the weather. The stumps were drawn one day before the schedule amid sultry and warm conditions. And now the showers announce their arrival, albeit light in nature. Prolonged dry spell awaits in the wings from 21st February onward and may see it through rest of the month.

February and March are the driest months for Chennai with an average rainfall of meagre 3.5mm in each month. Though the shift to the pre-monsoon becomes visible during 2nd half of February with temperature inching toward the mid-30s but the cumulative effect of heat causing thunderstorm becomes frequent by late March or April. May and June continue to be the hottest months before the monsoon rains in the neighbouring states advect some moist and cool winds.

The current spell of 2 days will be an extension of weather activity over Southwest Bay of Bengal and Sri Lanka. The cyclonic circulation over that area will strengthen the easterly wind flow across Tamil Nadu coast. Rain and thundershowers are expected all along the coastline from Chennai to Kanyakumari between 19th and 21st February.