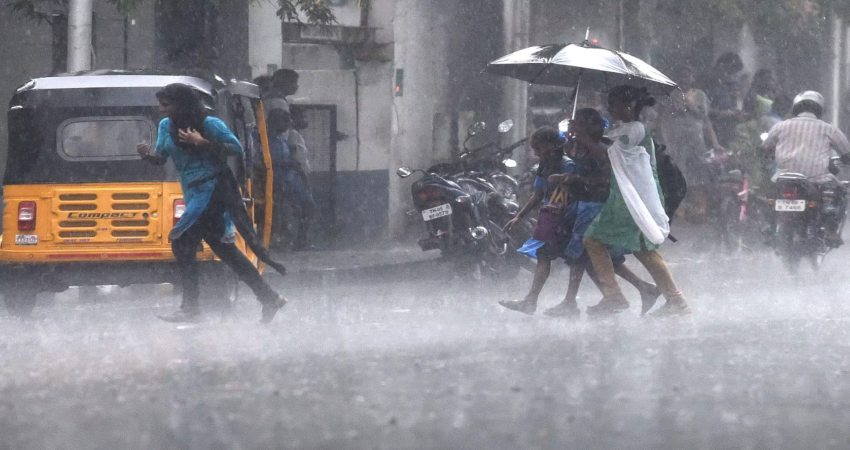 Airport observatory of Chennai recorded another 47.4mm of rainfall and inches closer to the all-time record of January 1915. The mammoth total in the first week of January for Chennai rains itself has reached 228.4mm against an all-time record high of 244.1mm set over a century ago in 1915. Chennai needs just another 16mm of rain in January to surpass that invincible record for so long. The conditions look promising to achieve the feat anytime soon and set a new milestone for the largest city on the Coromandel Coast.

Chennai has rained 5 days in a row having an ultimate downpour on 05th January with a torrent spell of 126.2mm in 24 hours. Heavy rains have lashed the suburbs and interior parts of Tamil Nadu during the last 24 hours. The port city of Ennore registered 58mm and Coimbatore, Madurai, Parangipettai recorded 113mm, 62mm and 67mm respectively. Tamil Nadu has been rain surplus in the first week of January by 800% measuring about 30mm of rainfall against a normal of 4mm.

All is not over yet and conditions are favourable for another heavy spell in the 2nd week of January over Tamil Nadu. This time the southern parts of Tamil Nadu will be smashed with heavy rainfall between 09th and 11th January. Nagapattinam, Palayankottai, Tuticorin, Tondi, Ramanathapuram and Rameshwaram, are likely to witness incessant rains, more intense on 10th January. Moderate to light rains are expected over most parts of Tamil Nadu during the next 48 hours.