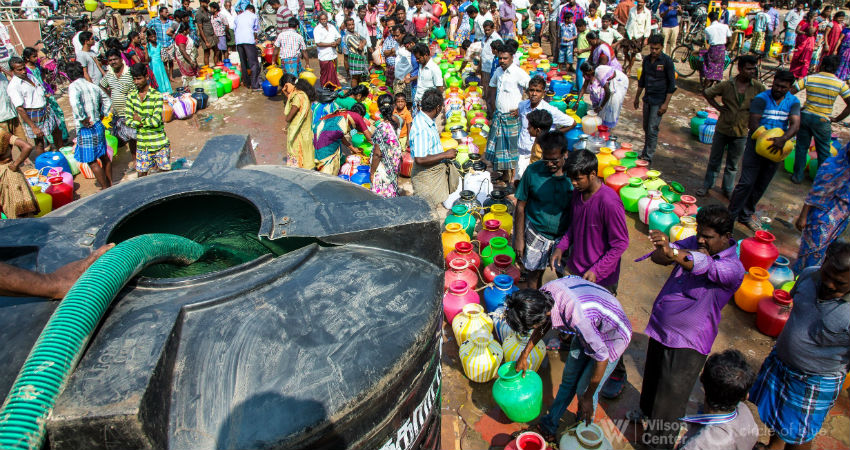 The state of Tamil Nadu has been witnessing rainfall deficiency season after season. Last year the Northeast Monsoon was 23% deficient, which hasn't improved this season either. Chennai and other parts of Tamil Nadu have remained highly rain deficient so far. Pre- Monsoon season also underperformed and ended with a deficiency of 60%. The Monsoon month of June ended with a deficiency of 38%. And if we take into account the first 12 days of July as well, then rainfall deficiency from June 1 to July 12 is sitting at 46%.

Scorching heat and the absence of Monsoon rains have made the situation deadly for Chennai. The entire region has been suffering through an acute water crisis for quite some time now. The city has been continuously looking out for measures in order to ease out drought conditions and water scarcity.

What is more concerning, even the neighbouring states have not been able to extend much help, as they are running short of Monsoon rains.

It is hard to believe that Chennai (now all dried up) was once a rain surplus city, somewhere two decades back. The lakes and water bodies were all filled up and the reservoirs had a sufficient amount of water. But in the recent past, things have gone from bad to worse. The urbanization and subsequent industrial development need to be blamed. Only a few water bodies are surviving, that too with a negligible amount of water. The common man is the real sufferer, fulfilling even the daily needs, is a big task now.

Most of the restaurants and hotels have stopped serving meals. Some people have resorted to drawing water from the ground illegally. In this regard, more than 200 motors have been seized by the Chennai Metrowater Department. The price of water supplied by the private tankers in the city has also been doubled since the month of April. Moreover, tankers come with limited capacity only. The situation now calls for help beyond the boundaries of the state.

Realising the gravity of the situation, the first train carrying 2.5 million litres of water departed for Chennai on Friday from Jolarpet railway station. A second train would be sent soon, promises railway authorities.

With the forecast of weak Southwest Monsoon, the situation is likely to worsen. The only hope left for the city and the state is the Northeast Monsoon, which might bring some blessings in the form of good showers.