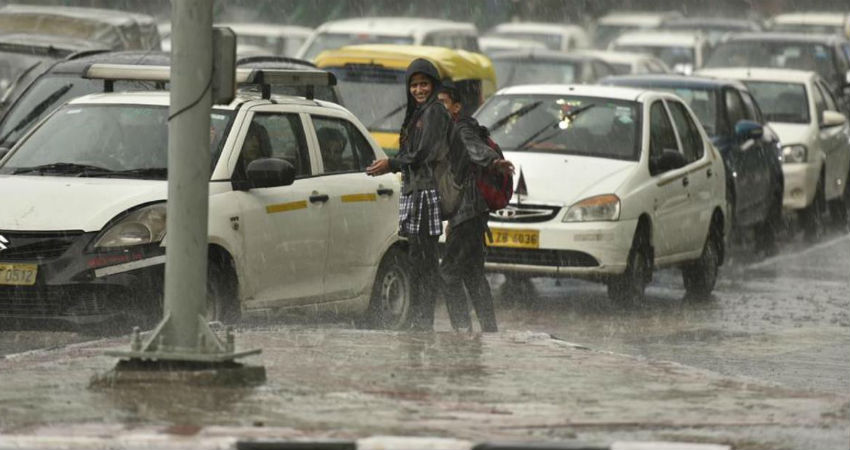 Scattered light rain has occurred in Northwest Rajasthan, wherein Jaisalmer and Bikaner received 1 mm of rain each in a span of 24 hours from 8:30 am on Sunday. Sri Ganganagar, Phalodi, Churu and Pilani recorded traces of rainfall during the same time frame.

Meteorologists at Skymet have predicted more rain today owing to the fresh Western Disturbance that has induced a Cyclonic Circulation over West Rajasthan.

The north-western districts of the state such as Sri Ganganagar, Hanumangarh, Churu, Bikaner and Sikar are likely to receive scattered light to moderate rain and thundershowers during the next 24 hours. Hailstorm is also expected in one or two parts.

Meanwhile, light rain or thundery activity may occur in Jaipur until tomorrow evening. On the other hand, South Rajasthan is likely to witness dry weather conditions only.

By January 29, the rainfall activities are expected to vacate the state as the Western Disturbance would move away eastwards owing to which Cyclonic Circulation may also lose its strength.

The movement of the system is expected to clear the track for icy cold north/north-westerlies, leading to a drop in the temperatures of the state. Minimums are likely to drop by 3-5 degrees Celcius and winter chill may tighten its grip once again.

Since the beginning of Winters, intermittent rains have been lashing the state of Rajasthan. And the reason can be attributed to successive Western Disturbances (strong in nature) along with their induced Cyclonic Circulations and a prominent Trough.

January (so far) has turned out be very good in terms of winter rain for West Rajasthan. So much so that, the meteorological division has received 145% excess rainfall between January 1 and 26.

In fact, with 5.7 mm of rain (until now), the region has recorded more than double of its average rainfall (2.3) for the month. Considering chances of more rain in next 48 hours, the surplus is only likely to get better by the month-end.

On the other hand, East Rajasthan is rain deficient by 29% (January 1 to January 26). Until now, it has received only 2.5 mm of rain as against the normal of 3.5 mm. Generally, the weather systems fail to impact this meteorological division and result in deficiency.