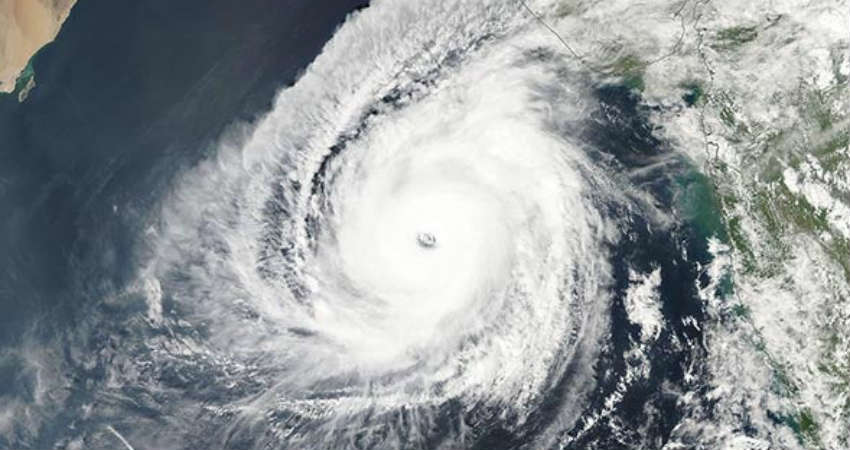 Usually, two cyclones of this stature in the Arabian Sea in such a short time gap, is a rare occurrence and does not happen usually. This indifferent behavior of Cyclones can be attributed to change in patterns, and most of all Climate Change, which is already altering weather patterns across the globe since the past few years.

This year, six Cyclones have already formed in either the Arabian Sea or the Bay of Bengal. Moreover, the seventh Cyclone is already brewing in the Bay of Bengal and will shortly take its form as a Cyclonic Storm and will be termed as Bulbul.

In the year 2018, a total of seven Cyclones had formed. This year, in just about the first week of November, we are expected to reach that number, and with about two months in hand, it seems like, the number is expected to shoot up even further.

Talking about Arabian Sea and its history of Super Cyclones, before Kyarr, the last Cyclone of this intensity was seen in the year 2007 called Gonu, which had also made its landfall over Yemen.

Though this is the time when Cyclones brew in the Arabian Sea and intensify to become very severe ones, normally, the temperature profile in the Arabian Sea as well as the wind patterns are such that before striking any of the coasts, these systems have a tendency to weaken. There has not been any Cyclone in the Arabian Sea to have made landfall as a Super Cyclone whereas Bay of Bengal has a history.

In fact, even storms becoming extremely severe and retaining their intensity in the Arabian Sea is a rare sight as most storms tend to weaken.

Climate Change has had an effect on these Cyclones in terms of frequency and increased intensity and as mentioned below, the last few years have seen many of the firsts in terms of Cyclones being more in number and making landfall as strong storms.

Talking about the extremely severe Cyclone formation in the last few years, 2018 saw just one extremely Severe Cyclonic Storm, Mekunu. 2016 and 2017 saw no Cyclones of such intensity.

2015 had two such storms, including Chapala which headed for Yemen. In fact, the storm made landfall as a Very Severe Cyclonic Storm and was also the first tropical storm to make landfall as hurricane intensity over Yemen. The second Cyclone was Megh, which headed towards Yemen with two landfalls, first being Socotra Islands and second over Yemen.

2014 had Hudhud in Bay of Bengal and Nilofar in the Arabian Sea. 2013 had Cyclone Phailin, which was also an extremely Severe Cyclone. 2011 and 2012 had no storms of such intensity.

In 2007, two were seen, one of them being Sidr, equivalent to Cat 5 Hurricane, and headed for Bangladesh, resulting in one of the worst disasters in the history of the nation. Same year, Gonu was a Super Cyclone made landfall in Oman.

The past couple of years have not only seen number of Cyclones increasing but also the severity has been on the higher side. These Cyclones are also becoming notorious, and have been following a zig zag pattern and changing tracks by the day, making it difficult to assess their said track in their initial stage.