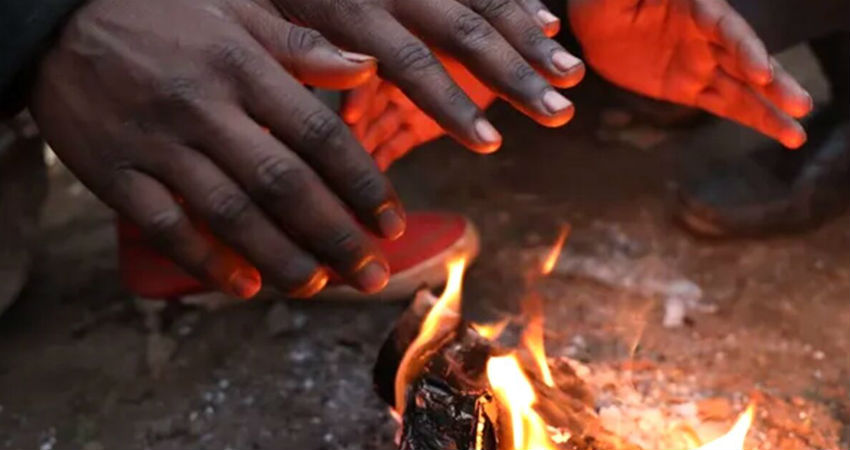 After reeling under cold day conditions, now cold wave conditions have gripped parts of Northwest India. For the first time in this season, Sikar in Rajasthan has recorded a freezing minimum of 0 degrees Celcius followed by Pilani 0.5 degrees, Churu 1.3 degrees and Narnaul 2.5 degrees.

The significant drop in minimum has led to the commencement of cold wave to severe cold wave conditions in many parts of Rajasthan, Punjab, Haryana as well as in a few parts of Delhi and NCR.

According to Skymet Weather, a further drop in temperatures is expected as icy cold north-westerlies would continue to affect northwestern plains for next three to four days. By tomorrow, the spell of cold wave would extend its wings to some more parts of Northwest India. And no relief is likely from freezing weather until December 30.

It will be around New Year when some weather systems are expected to develop which might be instrumental in easing out the temperatures. A Western Disturbance is likely to approach which would give fresh snowfall over the hills. The system is most likely to induce a Cyclonic Circulation over northern plains, obstructing the flow of icy cold winds from the Himalayas, thus restricting a fall in the temperatures.

Both minimums and maximums are likely to rise by that time and relief is expected from intense cold weather. The Cyclonic Circulation might also bring scattered rain and thundershower activities in parts of Punjab, Haryana and West Uttar Pradesh. There are slight chances of rain in Delhi and NCR as well on New Year’s eve.

Weather update and forecast for August 12 across India