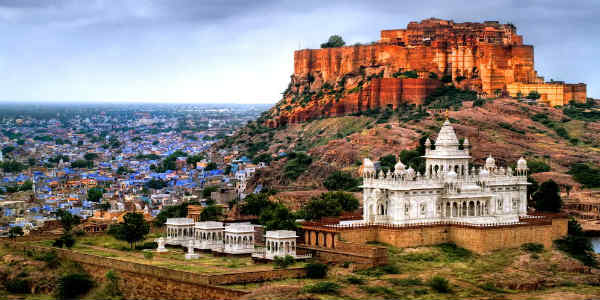 Winter chill has tightened its grip over entre Northwest India during the last 2-3 days, particularly over Rajasthan. Minimum temperatures have been dropping continuously with the each passing day and the state is now under the grip of cold wave.

In fact, Thursday saw minimum temperatures over Churu and Sikar dropping beyond the freezing point. Cold wave is declared when the normal of the particular city in the plains is below 10°C and the actual temperatures settle below the average by at least 5 or 6 degrees.

According to Skymet Weather, this drop-in night temperatures can be attributed to unabated flow of chilly northwesterly winds across the plains of Rajasthan, Punjab, Haryana and Delhi.

As per weathermen, any significant Western Disturbance which could induce a cyclonic circulation over Rajasthan has remained absent for the last many days. In wake of this, northerly winds from snow clad Himalayas have been reaching over Rajasthan, specially the northern parts.

Besides this, geographically wise Rajasthan has sandy surface which cools down much faster than other areas.

In the coming days also, we do not expect any Western Disturbance or any cyclonic circulation to affect the weather of Rajasthan. Thus, we would see no relief from the ongoing cold wave and that the temperatures might even see a marginal fall.