Cold Wave to abate from many parts of the country, minimums to rise marginally 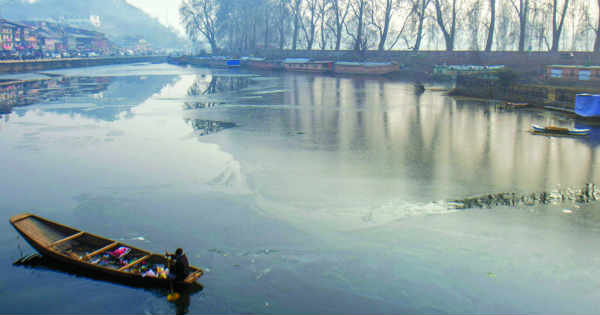 The Cold Wave condition commenced over many parts of the country from December 27 and 28 onward. Earlier, the temperatures were near normal to above normal as the gap between successive Western Disturbance was less. These Western Disturbances did not allow cold north/northwesterly winds to continue for prolonged duration which would have dropped the day and night temperatures.

In the last week of December, there was a gap of five to six days between the Western Disturbances which led to the flow of northerly winds up till Maharashtra and Telangana. The Cold Wave conditions were observed over Western Himalayas, Punjab, Haryana, Delhi, Uttar Pradesh, Rajasthan, Bihar, Jharkhand, parts of West Bengal and Chhattisgarh.

Since last two days, severe Cold Wave conditions have been observed over many parts of Gujarat, Maharashtra, Telangana and Odisha. Here minimums are below normal by 5-8°C. This has been the coldest period of the year for pan India.

As per Skymet Weather, a feeble Western Disturbance is over Jammu and Kashmir and successive Western Disturbance will continue for one week or so. Therefore, the cold winds from North will get obstructed or deflected leading to decrease in minimums over the hills and Northwest plains.

Thus, the Cold Wave are expected to abate from these areas gradually. But, Cold Wave to Severe Cold Wave conditions will continue over Central-east India for another 48 hours.

As per the Chief Meteorologist at Skymet Weather, Mr. Mahesh Palawat said that post January 2, the minimums might see a marginal rise in parts of Gujarat, Madhya Pradesh, Maharashtra, Telangana and Odisha. Though, the temperatures will not rise much hence Cold Wave conditions will not abate completely from these areas. Thus, winter chill which has gripped all the states will continue to persist.