Rain in offing for Uttar Pradesh between January 4 and 5 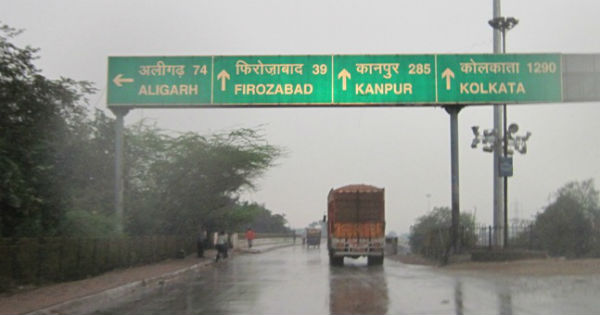 The weather of Uttar Pradesh is primarily defined as humid subtropical with winters being dry over most parts while being semi-arid type. And not to a surprise, presently, dry and cold weather conditions are continuing over most parts of the entire state of Uttar Pradesh. Minimum temperatures are below normal by 1-3 degree Celsius over many places. However, day temperatures are marginally above normal. Also, winters have been mainly-dry for the state till now. Post-monsoon ended on a deficient note for the entire state as rains were almost absent during the months of October, November and December.

As of now, Cold Wave conditions have abated almost entire state due to an increase in minimums in the last two days. Earlier cold wave conditions were prevailing over many places such as Bareilly, Moradabad, Gorakhpur, Lucknow, Kanpur. Here minimum temperatures were below normal by 4-5 degree Celsius.

An active Western Disturbance is soon expected over Western Himalayas around January 4 and 5 which will induce a Cyclonic Circulation over Northern Plains. Due to this system, parts of Northwest Uttar Pradesh may receive scattered rains on January 5 and 6. Places like Saharanpur, Bijnor, Moradabad, Rampur, Bareilly, Pilibhit, Lakhimpur and Bahraich may receive light to moderate rains at a many places. These rains will keep confided to the foothills of Uttar Pradesh. Southern districts, however, will receive isolated light rain activities. Minimum temperatures may rise further by 1-2 degree Celsius in coming days.

Between January 5 and 7, minimum temperatures will reach near the ‘normal’ to ‘above normal’ range, due to southeasterly humid winds.

Minimums are expected to fall after January 8 while some parts of the state may even come under Cold Wave condition once again and we expect dense to very dense fog in many parts of the state particularly over West Uttar Pradesh.