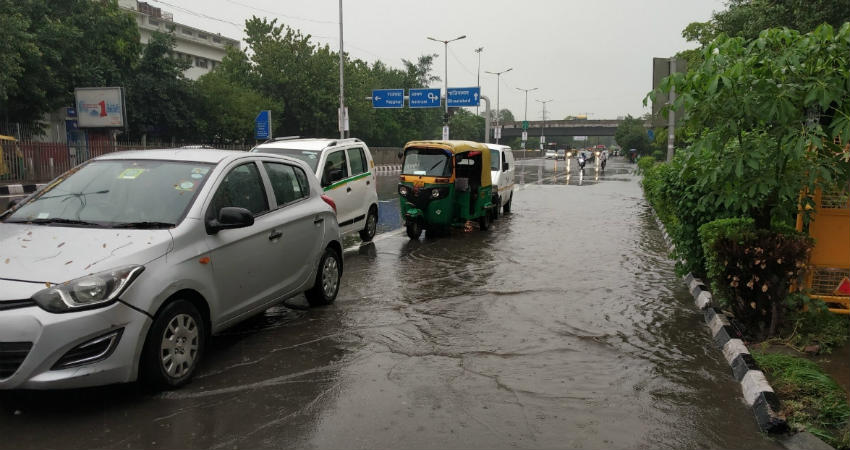 The Monsoon Trough along with other weather systems is responsible for giving rains over many parts of the country. Now, the Axis of the Monsoon Trough has shifted to the North. Until yesterday, it was located in South of Delhi and was passing via West Rajasthan to the Bay of Bengal across North Madhya Pradesh.

Now, it is extending from Punjab to the Bay of Bengal across Uttar Pradesh and now it is centered in North of Delhi. Yesterday, isolated pockets of Delhi recorded short spells of rain which were quite intense in nature.

Like for instance, in the past 24 hours, Safdarjung, Ayanagar, Palam and Ridge area recorded 2 mm, 2.1 mm, 0.6 mm and traces of rain, respectively.

The winds have changed their course and are now blowing from the northwest direction. Since the Trough is in the vicinity of Delhi, hence scattered rains and thundershowers will occur over Delhi and NCR by today afternoon or evening. One or two short spells of rains are also expected on August 14 as well. However, the rain activities will be minimal on Independence Day with short spells of rains during early morning hours or late evening.

Meanwhile, we do not expect any major interruption in Independence Day celebrations across Delhi and NCR. On the contrary, the rain activities are likely to increase around August 17 and 18 in wake of a likely Cyclonic Circulation around Delhi and NCR.