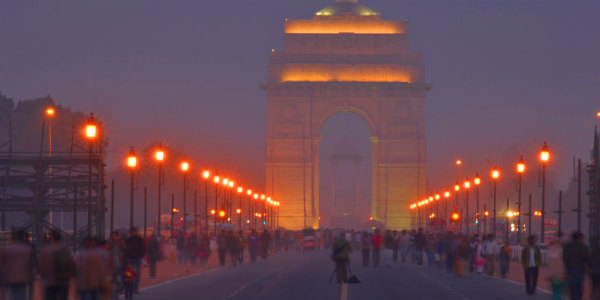 Slowly and steadily, winters are setting in over Delhi, Jaipur, Chandigarh, and Lucknow. Morning and nights have become chilly, while days are comfortable over most parts of Northwest India.

Maximum temperatures have been settling in the range of 24°C-30°C, leading to comfortable weather during the afternoon hours. Delhi and Chandigarh would have warm but comfortable weather. However, days over cities like Jaipur and Lucknow would be slightly warmer than the cities mentioned above. Meanwhile, minimum temperatures across the northwestern plains would settle below 13°C.

As of now, day temperatures have been settling near or above normal by a degree or two over Delhi, Chandigarh, Jaipur and Lucknow.

According to Skymet Weather, in absence of any significant weather system, dry and cold northwesterly winds from snow-clad Himalayas have been blowing across Rajasthan, Punjab, Haryana, Uttar Pradesh and Delhi-NCR.

Further, we do not expect any changes in the prevailing weather conditions and temperature profile during the next few days. Weathermen are not forecasting any fresh Western Disturbance approaching Western Himalayas, which could give rain and snow over the hilly states of Jammu and Kashmir and Himachal Pradesh. This would have in turn led to drop in both the minimum and maximum temperatures.

Weather models are indicating towards the passage of a feeble Western Disturbance after 5-6 days but we have to wait and watch until then.