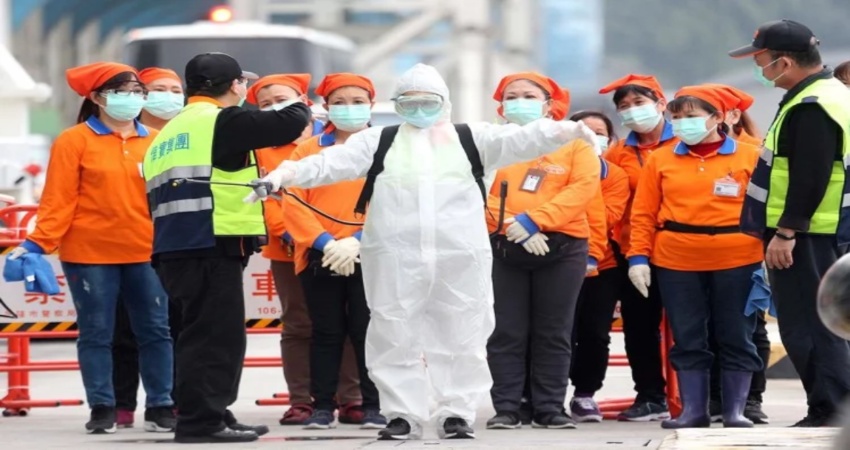 The coronavirus outbreak has been declared a public health emergency by the World Health Organization and has named it as COVID-19.

Recently, an Indian national in UAE has been recently diagnosed with coronavirus, which is the eighth confirmed case of coronavirus in the country of UAE. Out of all the eight cases, one has already recovered, six others are stable, while one is in intensive care.

Coming to China, where the deadly virus originated over 1350 people have been killed. Not only this, the number of infected people has risen to 64,000. While 5090 more cases in the last 24 hours were seen, 121 new deaths were reported due to Coronavirus during the same time frame.

Also, the health officials in Hubei reported 242 people died from the virus on Wednesday, and it is the highest daily toll since the outbreak began. On the other hand, on Friday, 1,716 medical workers have contracted the virus, out of which, six of them have died.

The Hubei province and its capital Wuhan reported more than 14,800 new cases of the infection after adopting new clinical methods to diagnose the virus.

Talking about India, three cases have been confirmed as of now. After three coronavirus cases reported in Kerala, five districts of Karnataka bordering Kerala i.e. Dakshina Kannada, Kodagu, Udupi, Charamarajanagar and Mysuru continue to be under surveillance. About 17,316 passengers (From Jan 1 until Monday), have undergone screening tests at the Kempegowda International Airport in Bengaluru. And, out of these 17,316 passengers, only three people had a history of visiting coronavirus epicenter Wuhan in China.

In the state of Karnataka, including the city of Bengaluru, the Karnataka Health and Family Welfare Services Department is currently observing 172 people across the state for coronavirus symptoms.

Weather update and forecast for February 25 across India